This article was published by The McAlvany Intelligence Advisor on Monday, February 29, 2016: 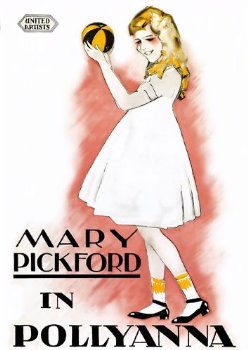 Author Eleanor Porter would be proud. Not only did her 1913 children’s book Pollyanna establish the “Pollyanna Principle” (someone with an excessively optimistic outlook despite facing all manner of difficulties), it set in motion eleven sequels by Elizabeth Borton or Harriet Lammis Smith. There were movies starting Mary Pickford and Hayley Mills.

All three authors were present in Houston last week, at least in spirit. First, there was Steve Williams, Suncor’s CEO, predicting that, despite his company suffering a fourth-quarter loss of $1.45 billion, slashing its capex for 2016 by ten percent and its production by a similar amount, and selling off some assets in order to raise enough cash to pay investors their dividends, he predicted: “We will be one of the last guys standing.”

Next there was Lamar McKay, BP’s deputy chief executive: “Times are tough. You’d almost call them brutal right now. But we will adapt. We will make it.” This from the world’s sixth-largest oil and gas company, which lost $6.5 billion in 2015 and was forced to lay off more than 3,000 employees.

And then there was John Hess, CEO of Hess Corporation, fresh from reporting a $3 billion loss last year, its first in more than ten years, announcing that “Our company has some of the best acreage [in North Dakota]. We can be more resilient as prices recover.”

Taken together, the oil industry worldwide has cut more than 300,000 jobs since the summer of 2014 (the peak of oil prices), while capex of nearly $1.5 trillion will be cancelled between 2015 and 2019, according to the conference sponsor. So far, nearly 50 U.S. oil producers have filed for bankruptcy protection this year, with many more sure to follow this spring as banks readjust their reserve valuations used to back up their loans. This could imperil more than $17 billion in debt held by banks.

Problems and challenges abound. It helped not at all that Saudi Arabia’s oil minister, Ali al-Naimi told participants that the rumor circulating last week about his country considering limiting its production in order to lift prices was just that: rumor. Instead, he said in no uncertain terms that his country would continue to produce crude even if the price eventually went below $20 a barrel. On Friday that news alone dropped NYMEX crude $2 a barrel.

Another problem is that, despite layoffs and falling rig counts, frackers continue to produce at a near-record pace. The peak of U.S. production last year was 9.6 million bpd (barrels per day), and now sits at 9.1 million bpd. So far, lower crude oil prices have done precious little to knock down production.

Even the chair of the conference, Daniel Yergin, author of The Prize: The Epic Quest for Oil, Money and Power which spent months on the New York Times’ best-seller list for months in 1992, was a killjoy at the Pollyanna party:

This year is going to be very rough on the industry, very turbulent. We think that the decline in U.S. production is going to get more serious – another 600,000 to 800,000 barrels a day in this kind of price environment.

Globally the energy industry cut capex spending in 2015 by nearly 30 percent compared to 2014, while those in the U.S. have cut even further – an estimated 40 percent. For 2016, research and consulting firm IHS CERA expects several large U.S. producers to cut spending by 50 percent compared to last year.

Another problem facing the producers: where to store the stuff? There is the floating flotilla of ocean-going tankers – called “floating storage” – and salt caverns nearly filled to bursting. The Musket Corporation, once known as a shipping company, is turning itself into a storage company. It is leasing some of the 20,000 empty railroad tank cars to store the excess against the day when demand and supply rebalance and the excess can be sopped up.

In the meantime, an increasing number of oil producers are facing existential questions. Playing Pollyanna in Houston isn’t going to help raise oil prices for the foreseeable future. m.

The Wall Street Journal: Beyond the Oil-Industry Bloodbath

About the Musket Corporation

CNBC.com: This is the real wild card for oil prices to stabilize

Bankruptcy banks Energy Jobs loans oil Oil Industry Oil Prices
This entry was posted on Tuesday, March 1st, 2016 at 5:05 am and is filed under Energy, Free Market. You can follow any responses to this entry through the RSS 2.0 feed. Both comments and pings are currently closed.
Many of the articles on Light from the Right first appeared on either The New American or the McAlvany Intelligence Advisor.