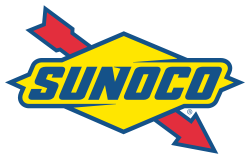 Energy producers are facing challenges that are threatening the existence of not only marginal, highly-leveraged producers, but large companies as well.

Canadian-based Suncor is just one example. Known for its Sunoco brand (now Petro-Canada), Canada’s largest crude-oil producer reported three weeks ago that it suffered a fourth-quarter loss of $1.45 billion and that it was slashing its capex (capital expenditures) for 2016 by 10 percent, forcing its expected 2016 production to fall by the same amount. It is also selling assets in order to keep paying its dividends to nervous investors. But Steve Williams, the company’s CEO, told equally nervous participants that “We will be one of the last guys standing.”

Lamar McKay, BP’s deputy chief executive, did the same: “Times are tough. You’d almost call them brutal right now. But we will adapt. We will make it.” This from the world’s sixth-largest oil and gas company which lost $6.5 billion in 2015 and was forced to lay off more than 3,000 employees.

John Hess, CEO of the Hess Corporation, also pumped his company’s resilience in the face of low crude prices. A much smaller company than BP, Hess Corporation suffered a loss of $3 billion last year, its first in more than a decade. Said Hess: “Our company has some of the best acreage [in North Dakota]. We can be more resilient as prices recover.”

Taken together, the oil industry worldwide has cut more than 300,000 jobs since the summer of 2014 (the peak of oil prices), while capex of nearly $1.5 trillion will be cancelled between 2015 and 2019, according to the conference sponsor. So far nearly 50 U.S. oil producers have filed for bankruptcy protection this year, with many more sure to follow this spring as banks readjust their reserve valuations used to back up their loans. This could imperil more than $17 billion in debt held by banks.

The most important revelation at the conference came from Saudi Arabia’s oil minister, Ali Al-Naimi, when he said that his country — despite rumors to the contrary that had driven crude oil prices temporarily higher — had absolutely no plans whatsoever to cut production in order to support higher prices. On that news alone, NYMEX crude oil fell $2 a barrel on Friday.

One of the problems facing these executives is the fact that frackers continue to produce in the face of falling rig counts and smaller workforces. Peak oil production touched 9.6 million barrels a day last year and remains at 9.1 million bpd. Daniel Yergin, the founder of Cambridge Energy Research Associates (CERA), now a subsidiary of IHS Inc., expects things to get worse — perhaps much worse — before they begin to get better:

This year is going to be very rough on the industry, very turbulent. We think that the decline in U.S. production is going to get more serious — another 600,000 to 800,000 barrels a day in this kind of price environment.

In the meantime, there’s another problem: where to store the surplus crude oil, estimated to be piling up at the rate of 1.5 to two million barrels every day. Empty tankers are being leased to store the surplus, called “floating storage,” waiting for demand to pick up (or supplies to dwindle). Now there is “rolling storage,” with 20,000 empty railroad tank cars sitting in sidings and storage yards across the country. Salt caverns and tankers are almost at capacity, and companies such as the Musket Corporation are taking advantage. Musket is a privately-held shipping company in Houston that built its business shipping crude oil by rail. But now it is in the storage business, finding and leasing empty tank cars to store the surplus until that “turnaround” day arrives, when demand exceeds production, and the surplus can be sopped up.

Since there is little evidence on the horizon to support higher crude oil prices, oil industry executives are running out of options and optimism. It will take more than a stiff upper lip to jawbone higher oil prices. In the meantime, for many it’s a matter of survival until that happy day arrives.

Bankruptcy Energy loans Oil Industry Oil Prices threat
This entry was posted on Tuesday, March 1st, 2016 at 5:13 am and is filed under Energy, Free Market. You can follow any responses to this entry through the RSS 2.0 feed. You can leave a response, or trackback from your own site.
Many of the articles on Light from the Right first appeared on either The New American or the McAlvany Intelligence Advisor.