This article appeared online at TheNewAmerican.com on Tuesday, February 23, 2016: 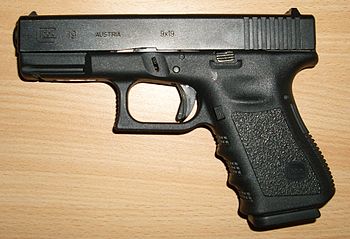 Predictably, President Obama saw another opportunity to inveigh against guns following the Kalamazoo shooting last Saturday. On Monday Jason Dalton, the Uber driver charged with the murder of six, waived his right against self-incrimination (his right under the Fifth Amendment) and admitted that he “took people’s lives.”

The same day, while addressing the National Governors Association, the president said:

We need to do more if we’re going to keep innocent Americans safe. I’ve got to assume that all of you are just as tired as I am of seeing this stuff happen in your states.

So, that’s an area where we also need to partner and think about what we can do in a common sense way, in a bipartisan way, without some of the ideological rhetoric that so often surrounds that issue.

It’s all about guns, it’s always about guns, it’s never anything else except guns. Following the Colorado Springs Planned Parenthood shooting the president said “We have to do something about the easy accessibility of weapons of war on our streets.”

The echo chamber provided by the mainstream media picked up on the Kalamazoo shooting and used it to promote the meme: It’s all due to the easy availability of guns. Wrote the editorial board at the Washington Post:

The United States loses far more people to gun violence — homicidal, suicidal, accidental — than almost any other country, and this is one reason: the easy availability of guns.

What the complicit media conveniently forgets to mention are the number of attacks prevented or neutralized by citizens present with the skill at arms to end potential violence before it begins or end it shortly thereafter. Where were they when the following attacks were thwarted by armed citizens?

Where is the mainstream media in recounting these incidents?

Back to the Kalamazoo shooting: Where was the national media when Dalton turned his automobile into a weapon? Where were their demands for more vehicle control? An hour before Dalton began his rampage he took his Uber passenger Matt Mellen (who was prohibited by Uber from carrying a sidearm) on a ride through hell. About a mile into the trip Dalton got a phone call and, when he hung up, he began driving recklessly, blowing through stop signs and sideswiping cars. Said Mellen:

Dalton then began a series of attacks on unarmed unsuspecting citizens going about their daily business, which ended only when he was confronted by armed police.

In commenting on the arrest of an ISIS sympathizer in Michigan the same day that Dalton wreaked his havoc, Alan Gottlieb, executive vice president of the Second Amendment Foundation said that mass killers like Dalton may be crazy but they aren’t stupid. They pick opportunities where there is little chance of being confronted by armed resistance: “The time has come for the gun-control crowd to admit that gun prohibition only empowers evil and makes all of us vulnerable.”

Michigan law doesn’t permit gun owners to carry in churches, the target of choice by the ISIS sympathizer, which generated this from Larry Pratt of Gun Owners of America:

One of the flaws in Michigan’s concealed carry law is a prohibition of concealed carry in churches even though open carry is permitted [elsewhere]. Hopefully the legislature will realize that all but two of the mass murders perpetrated in public since 1950 have taken place in gun-free zones.

Concealed carry bans are an invitation to terrorists to strike. The invitation needs to be withdrawn.

Instead of focusing exclusively and ever-lastingly on guns, the president and the complicit media should focus on real solutions to criminal behavior.

H.L. Mencken offered this in response to the false, phony and dangerous attacks on private gun ownership: “There is always a well-known solution to every human problem — neat, plausible, and wrong.”

attack common sense Concealed Carry firearms Mainstream Media response Second Amendment
This entry was posted on Tuesday, February 23rd, 2016 at 1:45 pm and is filed under Uncategorized. You can follow any responses to this entry through the RSS 2.0 feed. Both comments and pings are currently closed.
Many of the articles on Light from the Right first appeared on either The New American or the McAlvany Intelligence Advisor.