GOP Debate: Did We Learn Much Amidst the Acrimony?

This article appeared online at TheNewAmerican.com on Sunday, February 14, 2016: 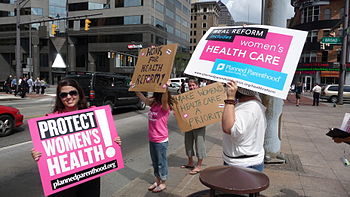 There was a moment of silence before the start of Saturday night’s GOP debate in remembrance of Supreme Court Justice Antonin Scalia who passed away on Saturday morning.

Once the debate started, however, not just silence but civility went out the window. WND.com observed that “some are calling this one of the most acrimonious debates in memory,” as “the brawling candidates viciously tried to wound each other ahead of next weekend’s South Carolina primary.” Candidates interrupted each other, tempers flared, accusations of “liar” and “lies” punctuated the punches and counterpunches, and even the audience voiced its disapproval, booing repeatedly.

Consider the following exchange between Ted Cruz and Donald Trump regarding Planned Parenthood, which we quote at length:

CRUZ: For most of his life his [Trump’s] policies have been very very liberal. For most of his life, he has described himself as very pro- choice and as a supporter of partial birth abortion. Right now today as a candidate, he supports federal tax payer funding for Planned Parenthood. I disagree with him on that.

That’s a matter of principle and I’ll tell you …

TRUMP: You probably are worse than Jeb Bush. You are [the] single biggest liar. This guy lied — let me just tell you, this guy lied about Ben Carson when he took votes away from Ben Carson in Iowa and he just continues. Today, we had robo-calls saying. “Donald Trump is not going to run in South Carolina,” — where I’m leading by a lot.”

I’m not going to vote for Ted Cruz. This is the same thing he did to Ben Carson. This guy will say anything, nasty guy. Now I know why he doesn’t have one endorsement from any of his colleagues.

CRUZ: I will say, it is fairly remarkable to see Donald defending Ben after he called, “pathological,” and compared him to a child molester. Both of which were offensive and wrong.

But let me say this – you notice Donald didn’t disagree with the substance that he supports taxpayer funding for Planned Parenthood. And Donald has this weird pattern, when you point to his own record he screams, “liar, liar, liar.” You want to go …

CRUZ: You want to go…

TRUMP: Again, where did I support it?

CRUZ: If you want to watch the video, go to our website at Tedcruz.org.

TRUMP: Hey Ted, where I support it?

CRUZ: You can see it out of Donald’s own mouth.

TRUMP: Where did I support it?

CRUZ: You supported it when we were battling over defunding Planned Parenthood. You went on…

TRUMP: That’s a lot of lies.

CRUZ: You said, “Planned Parenthood does wonderful things and we should not defund it.”

TRUMP: It does do wonderful things but not as it relates to abortion.

TRUMP: Excuse me. Excuse me, there are wonderful things having to do with women’s health.

TRUMP: But not when it comes to abortion.

What’s the truth? Regarding partial-birth abortion, Trump did at one time support it before changing his stance on abortion. Regarding Planned Parenthood, Trump has stated while campaigning for president that he supports defunding it — but when pressed it is far from clear that he supports defunding more than the “abortion aspect” of the nation’s largest abortion provider.

In a CNN interview on August 11, 2015, Trump told Chris Cuomo, “The biggest problem I have with Planned Parenthood is the abortion situation. It’s like an abortion factory, frankly. You can’t have it and it shouldn’t be funded and that should not be funded by the government. I feel strongly about that.” But in the same interview he also acknowledged, “I would look at the good aspects of it [Planned Parenthood]. I would also look as I’m sure they do some things properly and good and good for women. I would look at that. I would look at other aspects also, but we have to take care of women. We have to absolutely take care of women. The abortion aspect of Planned Parenthood should not be funded.”

Of course, there were many more fireworks in Saturday’s debate besides the exchange between Cruz and Trump on Planned Parenthood. On the issue of immigration, for instance, when Marco Rubio and Ted Cruz reiterated their positions from previous debates, it degenerated into a question of who could speak the best Spanish.

“They”, of course, was George W. Bush, Jeb’s brother. Jeb Bush said “I’m sick and tired of him [Trump] going after my family,” adding: “While Donald Trump was building a reality TV show [The Apprentice, which ran for 14 seasons], my brother was building a security apparatus to keep us safe. And I’m proud of what he did.”

Trump snapped: “The World Trade Center came down during your brother’s reign, remember that!”

There was the issue of eminent domain. Trump went on the attack, telling the audience of Republican partisans that Jeb’s brother George W. Bush profited mightily in the building of the Arlington, Texas, baseball stadium through the use of eminent domain and taxpayer monies. Jeb Bush pushed back: “You [Trump] should not use eminent domain for private purposes.”

Trump bristled at Bush’s suggestion that Trump went bankrupt several times, retorting that those were business bankruptcies designed to “save” those businesses, and not personal bankruptcies. Trump added that Bush, while governor of Florida, ran up so much debt that “as soon as he got out of office, Florida crashed.”

The audience booed him again. Again Trump attacked: “I only tell the truth, lobbyists. We’ve spent $5 trillion all over the Middle East … politicians [like Bush] are all talk, no action — that’s why [people] are listening to me.”

Politico noted that Saturday night’s boisterous confrontation is a sign of the importance of the upcoming South Carolina primary, which “could define the contours of the race over the next few months…. The skirmishes marked a rapidly intensifying campaign that could be dramatically reordered by the results of the South Carolina contest next Saturday.”

Charles Krauthammer called it “thermonuclear”: “If the previous Republican debates have been World War I or World War II, this was thermonuclear. I have never seen as much personal attack, as much high-temperature attacks, as we saw in this debate.”

Going into the debate, Trump had just won the New Hampshire primary, beating John Kasich, who came in second, by more than two-to-one. On Friday a Rasmussen survey found that among likely Republican voters, three out of four think Trump will be the GOP nominee, and among all likely voters, including Democrats and independents, three out of five think so as well.

On Sunday Real Clear Politics’ average of all recent polls shows Trump leading Cruz, 29.5 percent to 21.0 percent, while in South Carolina Trump has an even wider lead over Cruz, 37 percent to 17 percent.

Abortion Antonin Scalia attacks confrontation Donald Trump Eminent Domain George W. Bush immigration Iraq Liberal Marco Rubio Planned Parenthood politician Rasmussen Republican Supreme Court Ted Cruz truth War
This entry was posted on Monday, February 15th, 2016 at 6:29 am and is filed under Politics. You can follow any responses to this entry through the RSS 2.0 feed. Both comments and pings are currently closed.
Many of the articles on Light from the Right first appeared on either The New American or the McAlvany Intelligence Advisor.