This article was published by The McAlvany Intelligence Advisor on Wednesday, February 10, 2016: 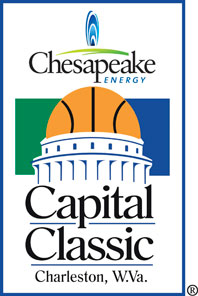 It’s now apparent that Aubrey McClendon didn’t see the bumper sticker that appeared on cars following the last energy crash: “Please, God, give me one more boom and I promise not to screw it up.”

McClendon, along with a partner, $50,000, and 10 employees, started Chesapeake Energy in 1989. The company grew exponentially as the fracking revolution took off and up until recently the company employed 5,500 people and had annual revenues of $11 billion. Its stock (CHK) soared, peaking at $34 a share, and bond investors eager for yield and believing Chesapeake’s bonds to be safe poured funds into the company.

The first indication of trouble occurred when McClendon was found to have used some wells as collateral for personal loans exceeding a billion dollars without telling anyone. An investigation ensued, which found him innocent, but put him out of the company in April, 2013.

The new CEO, Doug Lawlor, who arrived on the scene a month later, likely has a sign on the wall of his office: “There sure are a lot of things they didn’t tell me about this outfit when I first signed on!” Just a little over a year later, oil and gas prices peaked and Lawlor knew the company was in trouble. In November he gave up $5 billion worth of the company’s most precious holdings in order to shrink the debit side of the company’s balance sheet.

It wasn’t enough, and in December Lawlor exchanged bonds for equity with some of his investors, bringing the total owed to just under $10 billion.

It still wasn’t enough, and stock- and bond-holders began to get nervous. The stock closed last Friday, February 5, at $3.06, while bondholders were nursing paper losses of between 20 and 80 percent, depending upon maturity.

On Monday the stock opened down at $1.50, and less than two hours after the open the company tried to quell a rumor that the company was headed for bankruptcy:

Kirkland & Ellis LLP has served as one of Chesapeake’s counsel since 2010 and continues to advise the company as it seeks to further strengthen its balance sheet following its recent debt exchange.

Chesapeake currently has no plans to pursue bankruptcy and is aggressively seeking to maximize value for all shareholders.

Bondholders saw their March due-date bonds fall to 70 cents on the dollar, while those holding Chesapeake’s December 2018 bonds saw their holdings reduced to 27 cents. Standard and Poor’s rates Chesapeake’s bonds at CCC+ which is “non-investment grade,” or “junk” in Wall Street’s vernacular. This tier is defined as bonds with “substantial risks,” just above “extremely speculative” and two tiers above “default imminent with little prospect for recovery.”

Lawlor called in the cavalry, but it might be too late. More revealing than the company’s admission that it has been working with Kirkland & Ellis, an international law firm that specializes in corporate debt “restructurings,” is the arrival of Evercore Partners to help keep the company afloat. Evercore also specializes in corporate mergers, acquisitions, divestitures, and restructurings, along with “other strategic transactions.”

It’s going to be a near thing. The company reports on earnings (unlikely) on February 24, and it’s predicted to be ugly. The company hasn’t shown a profit in any quarter since 2014.

The combination of wishful thinking, excessive greed, cheap money from investors searching for yield and/or capital appreciation, and the nature of the energy business itself has put Chesapeake, the country’s second largest natural gas producer, at existential risk.

TheStreet.com: Stressed Out: Is This the Death Knell for Chesapeake Energy?

Bankruptcy Energy Fracking Gas Prices loans oil risks Wall Street
This entry was posted on Thursday, February 11th, 2016 at 6:50 am and is filed under Energy, Free Market, History. You can follow any responses to this entry through the RSS 2.0 feed. Both comments and pings are currently closed.
Many of the articles on Light from the Right first appeared on either The New American or the McAlvany Intelligence Advisor.