This article was published by The McAlvany Intelligence Advisor on Friday, January 8, 2016: 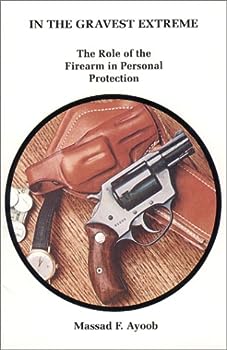 Massad Ayoob likes to tell people that he’s been carrying concealed since he was 12 years old – that’s 55 years now – and he’s just getting started. Ayoob, whose Arab grandparents immigrated to the United States 115 years ago, worked in his father’s storefront and watched as his father defended himself and his business from criminals. It made an indelible impression on the young man, and he has created an impressive resume in the field of self-defense. He wrote his first book, In the Gravest Extreme: the Role of the Firearm in Personal Protection, in 1980, which continues as a standard reference in the field. A year later he founded the Lethal Force Institute (LFI) in Concord, New Hampshire, which he directed for nearly 30 years. He now directs the Massad Ayoob Group (MAG) where he teaches “threat management for responsible citizens.” He has written on that subject ever since, turning out almost one book a year for 30 years. In addition he writes a column for BackWoods Home magazine, and testifies as an expert witness in self-defense shooting cases.

Thanks to the change in the culture regarding guns and gun ownership, coupled with an increasing awareness of the importance of the Second Amendment, Ayoob, instead of considering retiring, is busier than ever.

As a back-handed compliment to his breakthrough training programs and seminars, dozens if not hundreds of competitors have sprung up, with the mainstream media finally recognizing the field as legitimate and growing. The New York Times, which recently pushed a vitriolic anti-gun editorial onto its front page for the first time in decades, assigned Richard Fausset to the task of determining what all the fuss is about. Fausset attended a training session in Douglasville, Georgia, not far from Atlanta, and was surprised at what he saw.

Instead of finding a dozen or so citizens attending a self-defense class taught by the local police department, there were almost 100 packed into the classroom. The program was titled, “Active Shooter: A Citizen’s Guide to Planning for Survival.” One of the tools was a video showing a fictional gunman dressed in black blasting away at (also fictional) employees sitting at their desks. The workers were shown panicking, running away, hiding, and then, finally, tackling the gunman as he barged through the door.

The class was similar to one reported by the Wall Street Journal, which changed Alexandra Wilson’s life. Now, when Wilson gets up in the morning, she moves into “yellow” alert and stays there until she retires at night.

When she goes to the theatre she picks her seat carefully, close to an exit. She plays out in her mind how she would react if a shooter entered. When she drives, she leaves a car length between her vehicle and the one in front at a stoplight, giving her room to maneuver out of harm’s way if necessary. When she shops she is aware of the other shoppers and knows where the exits are, not just the front door. When she attends class, she is aware of her vulnerability because it is a “gun free zone” and quickly plays out in her mind what she would do if she was faced with a shooter. When she goes to church, she prays with her eyes open, keeping them focused on doors in the back of the sanctuary, just in case. When she plans on attending a concert she downloads the floorplan beforehand, to learn where the exits are, allowing her to play out in her mind how she would react in a shooting situation.

I carry all the time, everywhere that it’s legal for me to carry. [In a confrontation I] would probably fight back, but I’m also pregnant with our first child so I might bail [instead] for the sake of the child.

With 13 million Americans now holding a concealed carry permit, they are increasingly aware that just having a permit doesn’t qualify them as skilled at arms. Nor does punching holes in a paper target at a local shooting range prepare one for a real world incident. Just having a permit doesn’t begin to address the legal and emotional aftermath of a shooting incident. Niceties such as what to say to the 911 operator – or not to say – are skills best learned in advance. As Clint Smith, owner of Thunder Ranch, puts it: the middle of a gunfight is no time to be learning new skills.

Not only are these training classes springing up everywhere, so are legal defense classes teaching the legal aftermaths of a shooting. One is U.S. Legal Shield, which holds night classes around the country featuring local self-defense attorneys. Another is Tim Schmidt’s United States Concealed Carry Association, which offers training videos and financial assistance for legal fees. The Armed Citizens Legal Defense Network offers training DVDs and a monthly newsletter offering in-depth interviews with skilled professionals in all relevant areas. It also has an insurance-like product to help cover any legal fees incurred by its members in a self-defense shooting. It has already come to the rescue of more than a dozen of its members, helping them not only with the fees but also providing guidance and counsel following a shooting incident.

Many of those classes teach the strategy of “run,” “hide” and, as a last resort, “fight.” Some trainers change the word “fight” to “counter,” and others teach without handguns, relying on whatever lies at hand to distract the shooter: wastebaskets, backpacks, water bottles, and the like.

Even before this protocol is engaged, many trainers start with “avoidance” which comes from a heightened sense of awareness of their surroundings. Is anything out of place? Why is that man loitering over there near the gas pumps? Is someone walking too closely behind? Does he make longer than usual eye contact?

Many trainers consider as gospel this from nationally known trainer, author, and expert witness Massad Ayoob:

Deadly force is justified only when undertaken to prevent imminent and otherwise unavoidable danger of death or grave bodily harm to the innocent.

But, according to Ayoob, author of his classic In the Gravest Extreme, once a criminal has picked you as a target, and there is no other way out:

What you have to do [then] is hit him with a deep, existential question, something that will make him reexamine and reevaluate his own personal values and lifestyle, his own hopes and dreams, as related to the moment at hand.

It can even be phrased without words.

Supporters of the Second Amendment and those who have gone to the trouble of obtaining their concealed carry permits are now driving the training industry that Ayoob pioneered nearly 40 years ago. And just when he was giving thought to retiring, too.

attacks Concealed Carry confrontation defense firearms Second Amendment threat
This entry was posted on Sunday, January 10th, 2016 at 6:13 am and is filed under Education, History. You can follow any responses to this entry through the RSS 2.0 feed. Both comments and pings are currently closed.
Many of the articles on Light from the Right first appeared on either The New American or the McAlvany Intelligence Advisor.