This article appeared online at TheNewAmerican.com on Wednesday, January 6, 2016: 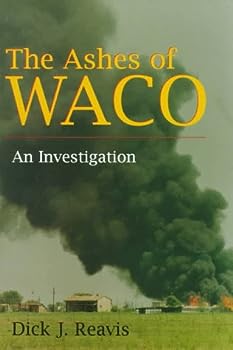 President Obama’s attempts to usurp legislative authority in his executive orders issued on Tuesday are meeting escalating resistance — enough resistance that may, for all intents and purposes, negate his efforts entirely.

Most commentators seized upon the threat to the separation of powers doctrine upon which the Constitution is based, including this author’s article published immediately after the announcement. While valid, likely court challenges aren’t the only obstacle standing in the way of the implementation of those orders.

For one thing, the ATF (the Bureau of Alcohol, Tobacco, Firearms and Explosives) already faces immense difficulties in successfully charging someone with illegally selling firearms without a license. Said Daniel O’Kelly, a retired ATF agent:

In order to make that case, you have to make repeated undercover buys from a person at a gun show to show that they are doing it repeatedly, that they have new stock.

Such efforts can take months and may not result in prosecutors taking the case:

It was not uncommon to take a provable case to a federal prosecutor and to be told that it had no jury appeal….

This is a very patriotic country and the people you end up with on these juries are very sympathetic to these guys who may be veterans and could now go to prison because they sold three guns.

As noted by this author previously, the new executive order “allows ATF agents to scour the records of every FFL [Federal Firearms License] holder in the country to find out who is buying and selling guns on a regular basis. From there it is easy to picture the outcome: depending upon how the ATF defines ‘engaging in the business’ of firearm sales, an individual acquiring or selling firearms from time to time would find himself confronted by an ATF agent at his door demanding that he apply for an FFL or face charges of violating the new law.”

That, according to O’Kelly and others familiar with the interior workings of the ATF, is a serious overstatement. First of all, although the ATF has a budget exceeding a billion dollars a year and employs nearly 5,000 people, most of them are busy elsewhere. Best estimates are that only 780 investigators are charged with monitoring the 140,000 present FFL holders, and they aren’t able to keep up with that. An inspector general’s report by the Justice Department in 2013 revealed that those investigators “struggled” to inspect existing dealers “because of insufficient resources.”

Adding thousands, or perhaps tens of thousands, of new dealers under the president’s orders will simply decrease further the ability of those investigators to monitor them all.

The president said he was ordering the ATF to hire another 200 agents, and the FBI to hire another 230 agents, as part of his plan. But for that he’ll have to obtain the funding from Congress — the very Congress whose legislative intents he just overrode. According to Representative John Culberson (R–Texas), Obama’s request for new funds isn’t likely to be received kindly. In a letter to Attorney General Loretta Lynch this week, Culberson vowed that his House Appropriations Committee would use the “power of the purse” to ensure that any funds would not be spent on executive orders that encroach on Americans’ Second Amendment rights.

There’s also the matter of the upcoming presidential election in November. In pushing for more gun controls, the president has given a present to the Republican Party’s candidates who now, almost to a man (and woman), have decried the president’s usurpation of legislative authority and have promised to reverse his orders immediately upon taking office in January 2017.

In addition there’s the excess baggage the ATF has been carrying for many years of overreaching its own authority. Consider the Senate Judiciary Committee’s report back in 1982 that stated, “Based upon these hearings it is apparent that ATF enforcement tactics … are constitutionally, legally and practically reprehensible.”

Consider the Ruby Ridge confrontation in 1992 where the ATF was responsible for the murder of Randy Weaver’s son Sammy and his wife, Vicki. Gerry Spence, author of his recently released Police State: How America’s Cops Get Away With Murder and legendary defense attorney who has never lost a case, defended Weaver and obtained a multi-million dollar settlement from the government. During the trial Spence accused every agency involved in the shooting of “criminal wrongdoing,” including the FBI and the ATF.

Consider the Waco Siege two years later when ATF agents raided the Branch Davidians’ complex, resulting in a fire that engulfed its Mount Carmel Center, resulting in the death of 76 men, women, and children, including its leader, David Koresh. According to Dick Reavis, author of The Ashes of Waco, An Investigation, “The government had little reason to investigate Koresh, and even less to raid the compound at Mount Carmel. The government lied to the public about most of what happened — about who fired the first shots, about drugs allegations, and about the child abuse.”

And there’s the “gunwalking” scandal, more commonly known as “Operation Fast and Furious,” where the ATF, between 2006 and 2011 “purposely allowed licensed firearms dealers to sell weapons to illegal straw buyers, hoping to track the guns to Mexican drug cartel leaders and arrest them.” Of the 2,000 weapons involved, only 710 of them had been recovered a year later, and none of the targeted cartel figures had been arrested. But many of the missing weapons were later discovered to have been involved in the murder of at least 150 Mexican civilians, as well as U.S. Border Patrol Agent Brian Terry. For his role in covering up the scandal, Attorney General Eric Holder became the first sitting member of the Cabinet of the United States to be held in contempt of Congress.

Unless House Speaker Paul Ryan can bury the ATF’s request for funds to finance its expanded roles in some “must pass” legislation — as he just did with the omnibus spending bill that continued spending for the odious Planned Parenthood and new funds for the Internal Revenue Service — the ATF has little chance of following up on the president’s orders. Wait long enough, and those very orders just might be reversed altogether, rendering the whole charade moot.

Constitution Eric Holder Executive Order Fast and Furious firearms Gun Control guns Obama Paul Ryan Planned Parenthood resistance Second Amendment Separation of Powers Spending
This entry was posted on Friday, January 8th, 2016 at 7:04 am and is filed under Constitution, Politics. You can follow any responses to this entry through the RSS 2.0 feed. Both comments and pings are currently closed.
Many of the articles on Light from the Right first appeared on either The New American or the McAlvany Intelligence Advisor.