Oil: How Much Lower?

This article appeared online at TheNewAmerican.com on Thursday, November 19, 2015: 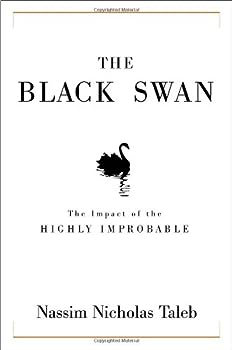 Speaking at the Irish economics forum Kilkenomics last weekend, former successful derivatives trader, professor of Risk Engineering at New York University, and author of The Black Swan, Nassim Taleb said he thinks the price of a barrel of oil could go as low as $4 a barrel. This could be the result of a “black swan” event — an event that is unprecedented and unexpected when it happened — that, although highly improbable, isn’t outside the realm of possibility.

In early September Goldman Sachs energy analyst said that “the oil market is even more oversupplied than we had expected” and that the price of West Texas Intermediate (WTI) oil could see $20 a barrel before rebounding.

On Wednesday — the same day that WTI briefly broke through $40 a barrel — Todd Gordon of TradingAnalysis.com told CNBC’s Power Lunch that $26 a barrel is in the offing if his charts are correct. He said that that price “is entirely possible in this environment [of] a strengthening dollar [and] a potentially falling stock market.”

With U.S. producers idling half of their rigs and laying off more than 100,000 workers, supplies should be shrinking dramatically, but they aren’t. The United States is still pumping 9.2 million barrels of crude every day, down only slightly from its all-time daily high of 9.5 barrels hit in June.

This oil glut is saving U.S. households an estimated $750 this year while forcing oil companies such as Chevron and Royal Dutch Shell to lay off workers. Schlumberger, the oil services giant, has already cut its workforce by nearly 10 percent this year, while Weatherford International reduced its staff from 61,000 to 46,000 last year, with another 5,000 cuts coming this year.

Aside from the American consumer is anyone else profiting from this? The makers of gas-guzzling pickup trucks are doing very well, with gross profit margins on the Ford F-150, for example, which sells for an average of $44,000, of between $10,000 and $13,000. Those trucks, by the way, make up 90 percent of Ford’s pre-tax revenues worldwide.

According to Steve Austin, writing at OilPrice.net, the refiners are also doing very well. As the price of crude has dropped, they have been reluctant to drop the price of refined products by the same amount. While the price of gasoline has dropped to less than $2 a gallon in some states, refineries have kept their end-product prices high, raising profit margins from around one percent to more than five percent. Accordingly, stock prices for those refiners have ballooned. A share of stock in Valero Energy, for example, was selling for $43 in early January, while today it is selling for more than $70. Another refiner, Tesoro Corporation, has seen its stock rise from $64 a share in January to more than $114 a share today.

The losers include those OPEC cartel members that need high oil prices to fund their military adventures and their welfare states. The International Monetary Fund estimates that the cartel’s gross revenues will fall by $300 billion this year. This is forcing Saudi Arabia to dip into its foreign currency reserves, as well as borrow an estimated $4 billion every month just to cover the resulting deficits.

Although $4 a barrel for crude is way outside most analysts’ expectations, such an event would have cataclysmic consequences. More likely is a “black swan” event that raises oil prices, such as a re-thinking of OPEC’s determination to pump large amounts of oil to keep prices low in order to force marginal producers out of business and retain market share. As Jodie Gunzberg, global head of commodities at Standard and Poor’s, wrote:

The ISIS attack on Paris might be the catalyst to change OPEC’s oil market policy of defending market share. Saudi Arabia may need to alter its focus.… There is a pivotal question about whether Saudi [continues to protect its] long-term value of its … reserves, or if they defend their role as the pre-eminent power in the region.

Cartel consequences Deficit Energy Goldman Sachs Oil Prices OPEC Stock Market
This entry was posted on Friday, November 20th, 2015 at 5:51 am and is filed under Energy, Free Market. You can follow any responses to this entry through the RSS 2.0 feed. Both comments and pings are currently closed.
Many of the articles on Light from the Right first appeared on either The New American or the McAlvany Intelligence Advisor.