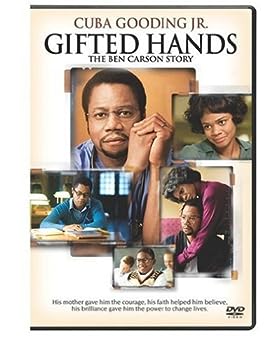 To his supporters, one of Ben Carson’s more endearing characteristics is his soft and gentle demeanor, especially in the face of increasing hostile attacks by the mainstream media. On Friday night Carson took off the gloves:

A lot of people think that I’m soft because I’m quiet. I think they’re starting to find out that I’m not soft. And that I can be loud, particularly when injustice is being done.

Last week, injustices to his character and integrity reached a new low. Articles claiming to “vet” Carson by comparing incidents related in his book Gifted Hands to observers present at the moment, CNN complained that since they could, after extensive research, find no one who remembers Carson, at age 14, as having a “pathological temper” then, by implication, those incidents didn’t happen. Of particular interest was Carson’s relating of an incident when he used a brick to hit a friend in the face, breaking his glasses and gouging a gash in his nose.

Try as they might, no one from CNN could find anyone to vouch for Carson’s story, finding instead that most remember him as the same as he is now: quiet, unassuming, gentle. When CNN went to Carson’s campaign manager for a little help in finding someone, anyone, who could vouch for Carson’s story, William Armstrong, Carson’s business manager, emailed them back: “Why would anyone cooperate with you in your obvious witch hunt?”

The answer became obvious when one of the many CNN sleuths confronted Carson in person, asking about the incident. In typical Carson-ese, he explained simply that “I didn’t want to expose people without their knowledge. But remember, when I was 14 … that’s when I changed. That’s when most of the people … began to know who I was. They didn’t know me before then.”

The Wall Street Journal unleashed its bevy of sleuths to confirm Carson’s stories related in his book, without success. Admitting that it was seeking to uncover suspected “embellishments,” “omissions” or “inconsistencies” in his narrative, the Journal interviewed more than 50 of Carson’s classmates from Davenport College at Yale to see if they could dig up any dirt on the young man. Once again, no success. He didn’t get rowdy, impregnate anyone, or demonstrate with radicals, druggies, or hippies. He just tended to business, retiring early, getting up early, putting on a suit, and attending class. Carson said he just didn’t see the point in hanging out with people of low moral standards. He had a different agenda.

The Journal replayed the Mannatech story that others in the national media had dug up in an attempt to besmirch the candidate, claiming that he somehow had a seedy self-serving interest in giving some speeches for the controversial multi-level-marketing vitamin company and allowing the company to post, until just recently, some videos of those speeches on its website. Turns out that Carson gave the speaking fees he received from three of those four speeches to charity. No dirt here.

The media focused instead, like sharks smelling blood in the water, on Kyle Cheney’s article in Politico claiming that Carson lied about receiving a scholarship to West Point. When his campaign tried to explain that he received an informal “offer” to consider attending West Point, that he decided instead to invest his last $10 in applying to Yale instead, Politico’s writer took that to mean it was admitting that Carson lied.

As pressure built on Politico to get the story right, it backpedaled, a little. The original article has been scrubbed from its website and in its place is a revised article, which began with this disclaimer:

Editor’s note: POLITICO stands by its reporting on this story, which has been updated to reflect Ben Carson’s on-the-record response. The original story and headline said that Carson’s campaign admitted he “fabricated” a “full scholarship” from West Point, but now Carson denies that his campaign’s statement constituted such an admission, and the story and headline were changed to reflect that….

The revision had serious errors as well, according to Mollie Hemingway, writing at the Federalist:

There were at least five major problems with the story:

Carson had seen enough and heard enough and put up with more than enough, and by the weekend he was in full attack mode. On the CNN article he pounded unmercifully: “This is a bunch of lies, that is what it is. This is a bunch of lies attempting to say I’m lying about my history. I think it’s pathetic, and basically what the media does is they try to get you distracted.”

On the Politico article, Carson told the New York Times that it was a “bold-faced lie,” explaining instead that it was just a suggestion:

It was, you know, an informal “with a record like yours we could easily get you a scholarship to West Point.”

He’d rather be a doctor, and thanked General Westmoreland for his kind words and suggestion.

Carson was just getting warmed up. On Sunday, on NBC’s Meet the Press, Carson told the audience the real reason for the attacks:

I’m a threat to the progressives [and] the secular progress movement in this country. I’m a very big threat. They can look at the polling data, and they can see that I’m the candidate most likely to beat Hillary Clinton.

Those thinking that these revelations and allegations of inconsistencies, omissions, and embellishments would end his campaign are having to contend with another fact that can be proved: the attacks have actually energized his campaign and made him more of a threat. During the height (or depth) of the attacks last week, his supporters were not only not buying the lies, but were making massive contributions to support his campaign. On Sunday Carson tweeted his thanks to the media for all the negative attention: “We the People have made 10,000 donations each day this week, raising $3.5 million this week alone. Thank you, biased media.”

attacks doctor Hillary Clinton integrity justice Mainstream Media progressive radical
This entry was posted on Tuesday, November 10th, 2015 at 5:44 am and is filed under Politics. You can follow any responses to this entry through the RSS 2.0 feed. Both comments and pings are currently closed.
Many of the articles on Light from the Right first appeared on either The New American or the McAlvany Intelligence Advisor.