This article was published at The McAlvany Intelligence Advisor on Monday, November 2, 2015: 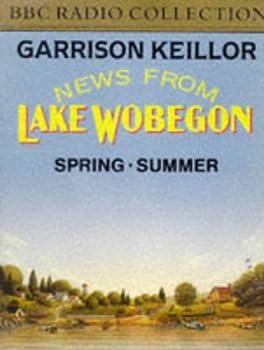 Garrison Keillor has become an icon by reporting the news from Lake Wobegon on his radio show A Prairie Home Companion. He opens with, “Well, it’s been a quiet week in Lake Wobegon, Minnesota, my hometown, out there on the edge of the prairie.” He refers to it as “the little town that time forgot, and the decades cannot improve” while he closes his show with “Well, that’s the news from Lake Wobegon, where all the women are strong, all the men are good looking, and all the children are above average.”

Charming but, of course, impossible. Just like Detroit’s public schools, which just celebrated the latest bad news from the Nation’s Report Card as unadulterated good news.

The Department of Education’s National Center for Education Services (NCES) just released its latest study of how Detroit’s students are performing:

But, said the report, this wasn’t as bad as it could have been:

The percentage of students in Detroit who performed at or above the “Proficient” level was 7 percent in 2015. This percentage was not significantly different from that of 2013 (9 percent) and in 2009 (7 percent).

While these scores clearly indicate that Detroit Public Schools has more work to do to improve student outcomes … we are pleased that the scores appear to be leveling out.

Improvements in student achievement are at the center of the restructuring that is currently underway in DPS, and is guiding all of the district’s actions and decisions.

When one is at the bottom, the only way out is up.

The Nation’s Report Card along with a report from the Mackinac Center prove the point. According to Mackinac, out of 171 members of the Detroit Public School (DPS) system’s “leadership corps” – superintendents, assistant superintendents, administrators, principals, and assistant principals – only one was deemed to be “ineffective,” while all the others got grades of “effective” or “highly effective.” Ninety-six of the 171 (56 percent) were given the highest rating, while 68 (40 percent) were given the second-highest rating. Just six out of the 171 (4 percent) were rated “minimally effective.”

Same for the teachers. As explained by Tom Gantert of Mackinac:

That is the upside-down world inhabited by those running Detroit’s public school system. And that includes Michigan’s Governor Rick Snyder, who has offered his plan to “fix” the system. He plans to spin off the DPS and give it the responsibility of collecting real estate taxes from Detroit’s hapless citizens and using them to pay down the DPS’s enormous debt. For years, DPS has been running chronic annual deficits – currently estimated at $500 million – while ignoring making payments on its gargantuan teachers’ retirement and health care plans. It also has bonded indebtedness of $1.54 billion.

Snyder wants to create a new entity charged with educating the kids: the City of Detroit Education District – to be governed by – guess who? – more but different government bureaucrats. He’ll name four of the seven board members, while Detroit’s mayor will name the other three. The plan is to replace the board in two years with publicly elected officials.

But it’s going to take lots of money to fund the unit – some $72 million a year to be extracted from those taxpayers still remaining in Detroit. In 2000, there were 167,000 students in Detroit’s public schools. Today there are fewer than 50,000. And yet, thanks to the recalcitrance of the teacher unions, cuts in staff have been minimal, making it impossible for the last four emergency school managers to make a dent in the upward spiraling costs.

According to Michigan’s own Department of Education, those students, when they leave, aren’t ready for anything. They certainly aren’t ready for college. 2,623 Detroit high school juniors took the four-subject ACT test (reading, science, math, and English) last year and, based on their scores, only 93 of them were “college ready.” That’s an abysmal 3.5 percent.

What a world! According to Mark Perry, an economist with the American Enterprise Institute (AEI),

The Detroit Public School system apparently exists in a bizarre, upside-down and reverse Lake Wobegon world — academically, it’s the nation’s worst-performing urban school district, where only 6% of its high school students are proficient in math, only 4% are proficient in science, and only 7 percent are proficient in reading.

Financially, DPS has to be the worst-performing urban school district in American history.

And yet, more than half of the current DPS administrators are rated “highly effective” and a large majority of the district’s teachers are rated “effective.”

In other words, the students in Detroit public schools are way, way below average, but all of the teachers and administrators are way, way above average.

How can that be?

It could only happen in a government-run public school monopoly, staffed with unionized teachers and administrators – in other words, an unrealistic fantasy world like Lake Wobegon — one that is totally divorced from reality, competition, accountability and common sense.

Mark Perry: Detroit public schools are failing academically and financially, but their teachers and administrators get high marks

bureaucrat common sense Education reality taxpayer teachers Unions
This entry was posted on Tuesday, November 3rd, 2015 at 5:42 am and is filed under Education. You can follow any responses to this entry through the RSS 2.0 feed. Both comments and pings are currently closed.
Many of the articles on Light from the Right first appeared on either The New American or the McAlvany Intelligence Advisor.