This article appeared online at TheNewAmerican.com on Thursday, September 17, 2015: 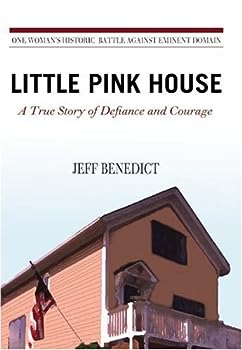 Ten years ago, and 50 miles west of West Haven, Connecticut, the owner of a little pink house refused to give up her home to the claims of eminent domain, and her lawsuit went all the way to the Supreme Court: [Susette] Kelo v. City of New London. She lost her case.

Now, if Janet Rodriguez doesn’t come to terms with the city or the developers who want to put up a huge mall where she lives in West Haven, Connecticut, the Supreme Court just might have another chance to change its mind, and its ruling, in the Kelo case.

Janet didn’t even know her home was in the way of the proposed development until a surveyor knocked on her door in January and asked for permission to take some measurements of her property. In June things ramped up substantially when the city council granted the West Haven Development Authority the power to exercise eminent domain over any recalcitrant homeowners who hadn’t been bought out.

The development, backed by real estate investors Sheldon Gordon of Greenwich and Ty Miller of Dallas, would cost $200 million and create a 450,000-square foot waterfront development including 100 stores and nine restaurants, and generate an estimated $3 million a year in tax revenues to the city once in place.

That is the same song that developers in New London sang in promising they would develop the property where Susette Kelo’s home once stood. But, alas, when Pfizer, the anchor tenant, backed out, the deal went south, and now where Susette’s little pink house once stood there is nothing but weeds and feral cats.

That old song is resonating with a new audience: the New Haven Register and Joe Riccio, the commissioner of New Haven’s Planning and Development agency. Wrote the Register:

Cities and towns must be able to develop and grow to remain attractive to potential home buyers, offer prospective businesses a positive economic outlook and give young people a reason to plant roots and start families by laying the groundwork for opportunities and future growth.

Riccio was far more forthright and pragmatic: The city would enjoy much  greater revenues from the new mall than it ever could from its old residents taking up precious space:

It will make West Haven a destination, stimulate other development … and it will buoy the spirit of its citizens.

It also threatens to abrogate precious rights in the Constitution: the Taking Clause of the Fifth Amendment, which guarantees that “no person … shall be … deprived of life, liberty or property, without due process of law; nor shall private property be taken for public use without just compensation.”

In its landmark and highly controversial decision in 2005 in Kelo, the Supreme Court ruled, 5-4, that “the governmental taking of property from one private owner to give to another in furtherance of economic development constitutes a permissible ‘public use’ under the Fifth Amendment.”

Susette Kelo lost her home and her battle, but the war over property rights, eminent domain, and constitutional guarantees is far from over. Prior to that decision, just eight states had restrictions on using eminent domain for public developments. By 2010, 44 states did.

As the dissent penned by Justice Sandra Day O’Connor predicted:

Any property may now be taken for the benefit of another private party, but the fallout from this decision will not be random.

The beneficiaries are likely to be those citizens with disproportionate influence and power in the political process, including large corporations and development firms.

The Institute for Justice (IJ), the same pro-bono, pro-free-market, pro-Constitution law firm that helped Susette bring her suit to the Supreme Court in 2005, is helping Janet and some of the others resisting the temptation to roll over for the developers of The Haven. They have created a petition drive along with a website, “Develop, Don’t Destroy West Haven,” inviting citizens to demand that the West Haven mayor and the city council remove eminent domain from The Haven development plan. As Brooke Fallon, the “activism” manager for IJ, explained:

It’s pretty common that municipalities and developers say that eminent domain will only be used as a last resort … but it’s very difficult for property owners to get into real negotiations when they know that the developer and the municipality have that power….

If the city can use eminent domain to force these property owners out of their homes and businesses, there’s no stopping them from doing the same thing to other West Haven residents as it continues its multi-year, two-phase plan for The Haven.

Anyone’s property can generate more tax revenue as something bigger and newer — so nobody is safe.

Unless the city and the developers are able to come to acceptable terms to Janet and the others resisting the forced confiscation of their homes in favor of “economic development,” it’s likely that the Supreme Court will have another chance to review its decision in Kelo, this time ruling in favor of the Constitution and clarifying, once and for all time, the difference between “public use” and “economic development.”

Constitution Eminent Domain Fifth Amendment homeowners justice law Liberty Private Property rights Supreme Court
This entry was posted on Thursday, September 17th, 2015 at 7:16 am and is filed under Constitution. You can follow any responses to this entry through the RSS 2.0 feed. Both comments and pings are currently closed.
Many of the articles on Light from the Right first appeared on either The New American or the McAlvany Intelligence Advisor.