Big City Crime Up Thanks to “Ferguson Effect”

This article first appeared online at TheNewAmerican.com on Friday, June 5, 2015: 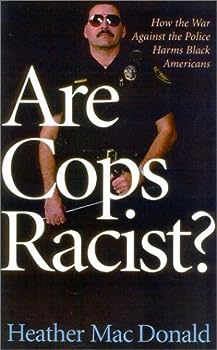 Calling it the “new nationwide crime wave,” the Wall Street Journal on May 29 published an op-ed by Heather MacDonald, author of Are Cops Racist? and a fellow at the conservative Manhattan Institute. She tracked the rise in big-city crime over the past six months:

Baltimore: gun violence up more than 60 percent compared with this time last year;

Milwaukee: homicides up more than 180 percent by the middle of May compared to the same period last year;

Atlanta: murders up 32 percent as of mid-May;

Some blame the Democrats, who have had essential control of each city for decades. Others point to riots incited by outsiders such as Al Sharpton and the Black Panthers. But MacDonald said it was due to the deliberate, intense and unending agitation by the media over the past nine months:

The airwaves have been dominated by suggestions that the police are the biggest threat facing young black males today. A handful of highly publicized deaths of unarmed black men, often following a resisted arrest … have led to riots, violent protests and attacks on the police.

She is relentless in placing the blame where it belongs: on the press that has sold out to the movement to turn local police departments into branches of the federal government:

The news media pump out a seemingly constant stream of stories about alleged police mistreatment of blacks, with the reports often buttressed by cellphone videos that rarely capture the behavior that caused an officer to use force.

And when there is such an incident, the media blows it all out of proportion, in accordance with its agenda:

Acquittals of police officers for the use of deadly force against black suspects are now automatically presented as a miscarriage of justice.

Last November, when St. Louis police chief Sam Dotson decried the huge spike in violent crime following the death of Michael Brown by officer Darren Wilson in nearby Ferguson on August 9, 2014, he called it the “Ferguson Effect”: the neutering of police morale and their consequent reduction in their effectiveness in doing their job of keeping the peace, while at the same time encouraging criminals to seize the opportunity to wreak havoc in their neighborhoods. As Dotson put it, the “Ferguson Effect … [can be seen] not only on the law enforcement side, but the criminal element is feeling empowered by the [new] environment [as well].”

Not noted by MacDonald was the proximate cause of the spike in violence in Ferguson: the calamitous drop in arrests by a third immediately after the shooting of Brown.

She also missed an opportunity to tell the story from Deputy Matt’s (no other name given) point of view. Writing last fall in the New York Post, Matt told of an arrest incident that unnerved him:

I’m a cop. A few weeks ago, two of my beat partners and I were called to an apartment in a fairly nice complex to help a mother and father with their 16-year-old son.

The son had no criminal history, and by all accounts was a decent kid. But he was having some problems at home — breaking things and making threats with a knife — and the parents needed our help.

When we finally located the son … he instantly began cussing and yelling at us. He took a fighting stance and said he was not going to do anything we told him.

Luckily, we were able to calm him and get him into handcuffs without any blows being thrown.

We asked why he was so hostile toward us. His response? Ferguson.

Ferguson is now being used, not only by the criminal element but by an increasing number of middle-class agitators, as justification for attacks on police officers. Wrote Deputy Matt:

“Ferguson” has become the latest defense for committing crime, often invoked by people we arrest and their loved ones. Sadly, this feeling has not only infected the normal criminal element that I expect that behavior from, but even seems to be affecting middle-class families.

It’s also affecting his own behavior when confronted with a situation that the press could blow up into a job-threatening, career-ending, potentially life-taking situation. Think Darren Wilson, the officer who shot Michael Brown who was forced into retirement and has since all but disappeared from the present scene. Deputy Matt also blames the media: “What does it say about the media who make a victim out of a criminal, and ignore the good guys being injured and killed trying to keep society safe?”

John Nolte, senior editor at Brietbart, also blames the media, which he says is either deliberately, or blindly, following the Left’s Cloward-Piven strategy:

The rise in crime is, of course, all part of the Left’s Cloward-Piven strategy to further empower central government, and the elite few who benefit from it, by stoking despair and fear — which only increases dependence on the same federal government intentionally causing the problem.

The result is the same: more government to solve a problem that government itself created and the media enhanced. Also called the Ferguson Effect.

attacks Crime Democrat Federal Government justice justification media power press threat violence
This entry was posted on Friday, June 5th, 2015 at 9:11 am and is filed under Crime, Politics. You can follow any responses to this entry through the RSS 2.0 feed. Both comments and pings are currently closed.
Many of the articles on Light from the Right first appeared on either The New American or the McAlvany Intelligence Advisor.