This article first appeared online at TheNewAmerican.com on Monday, April 13, 2015: 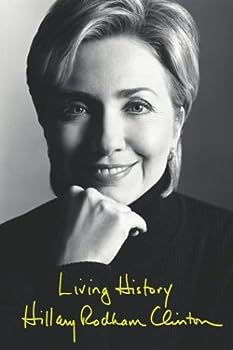 Touting her unique life experience, Hillary Rodham Clinton launched her campaign for president on Sunday. Above all, she says, she is a grandmother who simply wants America’s grandchildren to have an opportunity to succeed:

Becoming a grandmother has made me think deeply about the responsibility we all share as stewards of the world we inherit and will one day pass on. I’m more convinced than ever that our future in the 21st century depends on our ability to ensure that a child born in the hills of Appalachia or the Mississippi Delta or the Rio Grande Valley grows up with the same shot at success that [my granddaughter] Charlotte will.

Missing from her proclamation as the savior of young people under her presidency is how she treated a sixth-grader back in 1975 who was repeatedly raped by a 41-year-old drifter. The drifter, one Thomas Alfred Taylor, requested a female court-appointed attorney, and Hillary Rodham, age 27, was assigned to defend him.

In a five-hour taped interview of Bill and Hillary Clinton that was supposed to form the basis for a lengthy in-depth article in Esquire magazine, the couple laughed about Hillary getting a minimum sentence for her rapist client — through intimidation and character assassination. That article never materialized, and in 2008 Newsday magazine obtained that interview, which provided insight into the case:

Two years into her career [as a lawyer], 27-year-old Hillary Rodham was appointed a public defender in a rape case [which she] played out deep in the gray areas of morality by attacking the 12-year-old victim’s credibility.

Though nobody involved in the case can recall a shred of evidence that the victim had any sort of history of making false claims, Hillary argued it as the centerpiece of her case anyway.

In her audiobook, Living History, published last June, Clinton failed to recall any such attempt to impugn the motives and integrity of a sixth-grader in order to get her client off, even though she knew he was guilty. As Newsday noted,

Rodham questioned the sixth grader’s honesty and claimed she had made false accusations [against others] in the past. She implied that the girl often fantasized and sought out “older men” like Taylor, according to a July 1975 affidavit [which was signed] “Hillary D. Rodham.”

Rodham added: “I have been informed that the complainant is emotionally unstable with a tendency to seek out older men and to engage in fantasizing. I have also been informed she has in the past made false accusations about persons claiming that they attacked her.”

Newsday tracked down the victim, now age 52, to ask her about Clinton’s claims. She was, according to the journalist, “visibly stunned,” asserting that the revelation from Clinton was “not true,” that she never had such fantasies, and that she still resented the fact that her attacker got off so lightly.

When Hillary signed that affidavit, she was giving a sworn oath that she had knowledge and evidence that the 6th grader had a history of making false charges. That’s what the affidavit says.

But nobody, including the victim who has no axe to grind, believes this has any truth….

That’s the difference between zealous defense and breaching ethical responsibility.

It turned out that the plea bargain resulted from Hillary’s threat to use an “expert from New York” who had no evidence, just an opinion, and so her attack on the victim’s credibility was merely a bonus. Her strategy was to threaten the prosecution with the “expert” testimony of a specialist who was known for providing support for defense attorneys who otherwise had precious little defense. Blood and semen samples from Taylor’s boxers were somehow misplaced, and when Clinton threatened to bring in this “expert from New York” to testify, the prosecution agreed to a plea bargain. Instead of getting 30 years, Taylor was let off after two months in jail.

During the five-hour interview, Hillary and Bill repeatedly laughed about how the case went down, about how the prosecutor folded like a cheap suit when threatened with testimony from an expert witness.

Using fraud, deceit, and unsourced statements, Hillary not only let a rapist off with a wrist slap, she also impugned the victim in the process.

Just another day at the office for Hillary Rodham Clinton. Little has changed in 40 years.

attack credibility Deceit Fraud guilt Hillary Clinton integrity jail Liberal progressive truth
This entry was posted on Monday, April 13th, 2015 at 8:28 pm and is filed under History, Politics. You can follow any responses to this entry through the RSS 2.0 feed. Both comments and pings are currently closed.
Many of the articles on Light from the Right first appeared on either The New American or the McAlvany Intelligence Advisor.