Little Old Lady About to Make History in the Oil Patch

This article first appeared at The McAlvany Intelligence Advisor on Thursday, April 2, 2015: 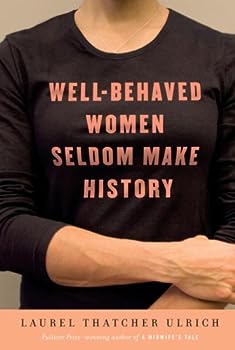 Historians like people who make history. People like Rosa Parks (the “first lady of civil rights”), and Suzette Kelo (see Kelo v. City of New London). So much so that Laurel Thatcher Ulrich made herself known by writing “Well-Behaved Women Seldom Make History,” in which she said:

Some history-making is intentional; much of it is accidental. People make history when they scale a mountain, ignite a bomb, or refuse to move to the back of the bus.

It may be that historians will someday add Sandra Ladra to that list.

Sandra Ladra was sitting in her recliner in her home in Prague, Oklahoma, on the evening of November 5, 2011, when

the largest earthquake in the state’s history shook her house so violently that her chimney collapsed, sending stones through the roof and hitting her legs. Said Ladra: “I nearly went into shock. You just really don’t think you’re going to live through it.” She added:

It was just like an explosion or something. The rocks and the cement from the fireplace were hitting the fireplace so hard it was like a white fog in here [with] everything falling off the walls.

It took two-and-a-half years for her to decide to sue somebody. It’s likely that an eager-beaver lawyer had a hand in the matter. At least she could get someone to reimburse her $75,000 in expenses to rebuild her chimney and repair her roof. Once in writing, however, the lawsuit was a whole lot more than just getting her money back. It was about retribution. She asked the court to award her an amount of money sufficiently large to “punish the energy companies for their reckless disregard for public safety and deter them from such conduct in the future.”

Two nearby energy developers had been pushing waste water from their fracking operations into a hole in the ground, and she’s persuaded that that set off the 5.6 earthquake – the most severe in Oklahoma’s history.

Her lawyer is ready to take on the world. Scott Poynter appears to have all the advantage: “The science has been there since the 1960s to link injection wells to earthquakes.” On his side are both the U.S. Geological Survey (USGS) and the Oklahoma Geological Survey (OGS), which have just concluded that there is a direct connection between those wells and Oklahoma’s earthquakes.

Before the fracking revolution, Oklahoma suffered just a handful of earthquakes. Between 1972 and 2008, the USGS recorded only a few, but since then – coinciding nicely with the start of fracking – the number has grown exponentially. In 2008 there were more than a dozen, quadrupling in 2009, and exceeding 1,000 in 2010. Ladra’s earthquake in 2011 not only brought down her chimney, it destroyed 14 other homes nearby.

Her lawsuit was dismissed by a local judge who claimed that she needed to take her case to Oklahoma’s Corporation Commission and prove “a scientific basis” for her claim that the waste water well caused her chimney to collapse.

There it might have ended, just a footnote in history. Except that, in a surprise move, the Oklahoma Supreme Court agreed to review his decision. That has gotten the attention of the oil and gas industry. If the high court rules in favor of Ladra, it will set a dangerous and very expensive precedent that could virtually shut down fracking in Oklahoma. Even if the court rules against her, it will likely order her homeowners insurance company to pay for the repairs. The insurer is then likely to sue the state regulators for letting this happen in the first place. If they don’t get satisfaction there, the insurer is then likely to go directly after the developers. Either way, the industry loses.

Bob Gum, a lawyer defending one of the companies charged in Ladra’s lawsuit, said this could be a game-changer for the industry: “The legal risk associated with operating [waste water wells] will become uninsurable.” Steve Everly, a spokesman for an energy group, Energy in Depth, said the lawsuit “is definitely something that has risen to the level of fairly high concern.”

Poynter has a lot to prove, even in front of a favorable jury whose homes have no doubt been shaken if not stirred by those earthquakes. He has to prove a direct connection between water being forced through three miles of pipe below the earth’s surface that causes “sinkholes” and helps “lubricate” stress fractures that then shift, resulting directly to Ladra’s chimney failure. As the state’s seismologist, Austin Holland, said:

Broadly, we can say it looks like there are some strong correlations [between the wells and seismicity] but when you zoom in, the quakes aren’t happening next to the wells, [which is] where you’d expect to find them.

Anti-frackers are getting excited. They are hoping that the court ends fracking in Oklahoma altogether, leaving that nasty energy in the ground where they say it belongs. As Yves Smith, writing for the left-wing blog Naked Capitalism, said:

Fracking has long looked like it is not worth the environmental cost. And while it’s been an uphill battle … fracking does enough damage that the costs to property will put a big damper on development.

Most people would find that to be a very desirable outcome.

The battle is scarcely over. Indeed it hasn’t even begun. And the legal wrangling – delays, appeals, etc. – could take years, just as it did in Kelo. In the meantime, the oil and gas industry is developing alternative ways to get rid of the waste water: recycling it back into their drilling operations, treating it on site, and obtaining state permission to drill disposal wells far away from civilization where earthquakes, if they happen, won’t bother anybody or knock down chimneys.

On the other hand, Sandra Ladra just might wind up on some historian’s list of famous little old ladies who made history.

Washington Post: Oklahoma worries over swarm of earthquakes and connection to oil industry

Background on the Richter scale

Capitalism Energy Environment Fracking impact lawsuit Oil Industry threat
This entry was posted on Friday, April 3rd, 2015 at 5:16 am and is filed under Free Market, Technology. You can follow any responses to this entry through the RSS 2.0 feed. Both comments and pings are currently closed.
Many of the articles on Light from the Right first appeared on either The New American or the McAlvany Intelligence Advisor.