Will this be OPEC’s Final Failed Gamble?

This article first appeared at The McAlvany Intelligence Advisor on Wednesday, February 18, 2015: 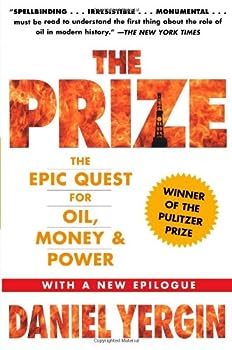 Six years ago historian Daniel Yergin wrote in The Prize about OPEC’s failed gamble in 1986. The cartel tried to secure its preeminent place among the world’s oil producers by forcing crude oil prices down:

Was the price now poised for a great fall? Most of the exporters [primarily OPEC] thought so, but they expected no more than a drop [from more than $30 a barrel] to $18 or $20 a barrel, below which, they thought, production … would not be economical….

Actually, operating costs – the cash costs to extract oil – were only $6 per barrel [at the time], so there would be no reason to shut down production at any price above that.

The cartel was hoping to squeeze out marginal producers, which would result in cuts in supply, allowing it to raise prices at will. It didn’t work then, and it isn’t working now. The Saudis apparently suffer from an appalling lack of understanding about how the free market works. When pressured, producers don’t just fold up their tents and disappear into the night. Instead they find ways to stay profitable. If they can’t, the free market will provide alternatives that will still allow oil and gas to be produced.

Here’s how the real world works, according to Donovan Schafer, a research analyst at Seeking Alpha. Imagine a company, he suggests, that can’t make money drilling in today’s low-price environment. It has three choices:

In each case, the oil will be produced, even as the market price continues to decline. Adds Schafer: “Only if prices fall below the minimum price required for profitability will [that resource] remain undeveloped….”

Happily, that “minimum price required for profitability” continues to drop, thanks increasingly to what some are calling “Fracking 2.0,” the technology developed by natural gas producers to continue to produce profitably in the face of declining natural gas prices. “Re-fracking” is the practice of returning to older shale oil and gas wells that had been fracked in the last three years in order to capitalize on newer, more effective, and less costly extraction technologies.

Shale oil wells can cost as much as $12 million a pop, and the production falls off precipitously after the first year, often by 60 to 80 percent. But by utilizing the existing pipeline, above-ground support structures and machinery, re-fracking that same well can cost as little as $2 million, and often the new production exceeds by a substantial margin the initial production from the well. As Hans-Christian Freitag, VP of integrated technology at Baker Hughes, one of the world’s largest oilfield service companies, said:

The timing is absolutely perfect for this opportunity. Right now, the North American unconventional oil and gas industry is in a bit of a crisis.

Crisis, indeed. With the crash of oil prices came the destruction of business models that allowed oil companies to coin money at $100 a barrel. When prices fell to $50 a barrel those models became irrelevant. If, as some expect, prices fall to $30 or lower, those models that guaranteed cash cows now predict gaunt scarecrows. Until now the only way producers knew how to respond was to play the “Red Queen” game, referring to the character in Lewis Carroll’s Through the Looking-Glass who tells Alice that in order to remain in place she must run fast:

Now, here, you see, it takes all the running you can do, to keep in the same place. If you want to get somewhere else, you must run twice as fast as that!

With production rates of new wells falling precipitously, developers were committed to punching more and more holes in the ground above shale formations just to maintain production. But with the drop in oil prices, marginal producers were faced with the stark reality of lower revenues, putting some of them at risk of default on debts now backed by declining reserve valuations.

With refracking, not only are those old business models reinvigorated at lower prices, but hopes such as OPEC’s for supply destruction as a result of lower prices are proved vain.

It’s the combination of history, an understanding of the how the free market works, and the failed “peak oil” hypothesis that’s putting an end to OPEC’s hubris. Its latest gamble may just be its last one as it fades into obscurity and irrelevance.

Casey Research: The Future of Fracking Is Re-Fracking

Bakken.com: Is re-fracking the next big trend in the oil patch?

Bankruptcy Cartel Energy Fracking Free Market Gas Prices hubris Oil Industry Oil Prices OPEC power reality Technology
This entry was posted on Wednesday, February 18th, 2015 at 3:50 pm and is filed under Energy, Free Market, Technology. You can follow any responses to this entry through the RSS 2.0 feed. Both comments and pings are currently closed.
Many of the articles on Light from the Right first appeared on either The New American or the McAlvany Intelligence Advisor.