Media Seizes on Uzi Shooting Accident to Promote its Agenda

This article was first published by The McAlvany Intelligence Advisor on Wednesday, September 3, 2014: 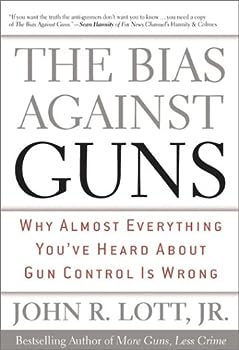 The temptation to turn the tragic shooting at a gun range in Arizona last week into another opportunity to promote its anti-gun agenda proved to be simply too much for the mainstream media. The Christian Science Monitor noted that “the United States has precious few rules when it comes to children handling firearms … [and the tragedy] raises difficult questions not just about parental culpability, but about whether states should ban at least heavy automatic weaponry from the hands of children.” After admitting that the shooting was an extremely rare event, quoting Adam Winkler, a law professor at the University of California, Los Angeles: “shootings at gun ranges are freak accidents,” the Monitor then went on to quote Lindsay Zwicker of the San Francisco-based Law Center To Prevent Gun Violence: “This is an action states can do to prevent something like this from happening again.”

It didn’t really matter to the media observers that the tragedy was an outlier, according to Sam Scarmado, owner of the Last Stop gun range where the tragedy occurred last week. When asked about any previous accidents at his gun range, Scarmado exclaimed:

We’ve never given out a Band Aid – no one’s even gotten a scratch!

It didn’t matter to the Washington Post, which quoted Dan Gross, President of the Brady Campaign: “It’s a terrible tragedy. It’s safe to say that it is not a responsible thing to do to let a nine-year-old have access to a machine gun.” The paper went on to quote John Wernick, co-director of the Johns Hopkins Center for Gun Policy and Research, who said that of the 591 accidental deaths by firearms in 2011, nearly one out of every five involved someone younger than 18. The paper criticized what it called the “loose restrictions governing certain elements of gun ownership” and then ended its piece by applauding various states’ efforts to restrict the use of firearms according to age. For WaPo, that was the message: more restrictions on gun ownership are necessary to avoid future such tragedies as that which happened last week in Arizona.

Time magazine took the middle path by printing an op-ed from the author of Gun Guys: A Road Trip, Dan Baum. In his editorial, Baum allowed as how learning how to shoot a firearm at a young age provided at least two major benefits. First of all, it requires the young person to focus and concentrate in order to shoot safely and well:

Shooting a rifle accurately requires children to quiet their minds. Lining up the sights on a distant target takes deep concentration. Children must slow their breathing and tune in to the beat of their hearts to be able to squeeze the trigger at precisely the right moment.

Marksmanship is an exercise in a high order of body–hand–eye–mind coordination. It is as far from mindless electronic diversions as can be imagined.

Secondly, it improves the young person’s ego when an adult trusts him or her with adult responsibilities:

For young people accustomed to being constrained, belittled, ignored, and told “no,” hearing an adult call them to their higher selves can be enormously empowering. Children come away from properly conducted shooting lessons as different people, taller in their shoes and more willing to tune into what adults say.

Without knowing it, Bauman is in good company. As Thomas Jefferson wrote in 1785:

A strong body makes the mind strong. As to the species of exercises, I advise the gun. While this gives moderate exercise to the body, it gives boldness, enterprise, and independence to the mind….

Let your gun therefore be your constant companion of your walks.

Predictably missing from these anchor tenants of the mainstream media, however, was any reference to the hard evidence that young people, trained to skill at arms, have time and again been able to defend themselves against impending and imminent violence. Last October, for example, a perp by the name of Stacy Jones tried to break into a home in Brian County, Oklahoma. The only one home at the time was a 12-year-old girl who grabbed a gun and ran and hid in the bathroom. After breaking down the front door, Jones began searching the house. According to Under Sheriff Ken Golden: “He had worked his way all the way through the house and into the bathroom. And from what we understand, Jones was turning the knob when she fired through the door…. She did everything she was supposed to do and as a last resort, she did what she had to do, to protect herself.”

A few years earlier, a couple of thugs, including one who had just finished serving almost 7 years in prison for aggravated assault on a Baton Rouge, Louisiana, police officer, decided to knock over a residence in Port Allen. At home alone were two young children, a 10-year-old boy and an 8-year old girl. When the criminals knocked down the front door, the children ran to their mother’s bedroom closet. The 10-year-old boy grabbed his mother’s gun and when the two punks opened the closet door, he fired a bullet into the face of one of them. They immediately turned tail and ran and were later arrested at a hospital where one took the other for treatment.

While doing his research for his book The Bias Against Guns, John Lott uncovered hundreds of examples of pre-teens defending themselves with firearms with which they were already comfortable. In that book, Lott proved that guns are used in self-defense or to ward off criminal threats like these more than two million times a year.

Conveniently, none of this appeared in anything these media giants posted about the horrific event in Arizona last week. Instead, they saw it as another opportunity to promote their anti-gun agenda: laws, more laws, always and forever more laws.

Crime Prevention Research Center: Given the debate over the 9-year-old with a gun, some examples of children who used guns to save the lives of family members

The New American: Nine-year-old Girl Accidentally Shoots Instructor: Should Our Freedoms Be Casualties, Too?

Time: Letting Kids Shoot Guns Is Good for Them

ammunition Crime firearms Freedom guns Mainstream Media thug violence War
This entry was posted on Friday, September 5th, 2014 at 5:36 am and is filed under Crime, Politics. You can follow any responses to this entry through the RSS 2.0 feed. Both comments and pings are currently closed.
Many of the articles on Light from the Right first appeared on either The New American or the McAlvany Intelligence Advisor.