This article was first published at The McAlvany Intelligence Advisor on Monday, July 21, 2014: 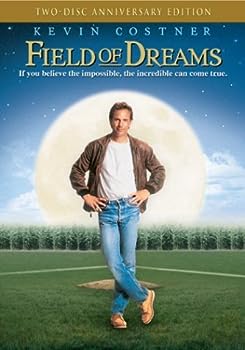 Ray Kinsella, meet the Mayor of Santa Clara, California, home of the brand new Levi’s Stadium where the San Francisco 49ers are scheduled to play their home games starting this fall. And where, it is predicted, their fans will come to watch.

Whether enough of them will is an open question.

Already nearly a third of the 49ers’ season ticket holders have given them up, partly because price increases have put them out of their reach and partly because Santa Clara is at least an hour south of San Francisco, one way. On game day that could double, or more.

But never fear, those who built the stadium from the dreams of the dreamers and spending someone else’s money are positively ecstatic that it will all work. At the stadium’s opening ceremonies last Thursday, everyone with a finger in the pot was invited to attend. The beer was flowing, the confetti was flying, enthusiastic self-congratulations were on every lip. Said Jed York, the team’s CEO, to those as yet invisible but greatly needed fans: “You deserve to have the best stadium in the world. And now you have it!” On cue, 49ers’ President Paraag Marathe added: “You can feel the difference [here compared to Candlestick] and you know the fans are going to feel the difference.”

The event was jaw-dropping. Mike Rosenberg, an observer with the San Jose Mercury News who attended the gala event, saw

hundreds of workers wearing white “I built Levi’s Stadium” shirts and hard hats march[ing] down two red-carpeted giant staircases. Thousands of white, red, and gold pieces of confetti burst into the air at the end of the event, as dozens of cheerleaders waved their pom-poms and guests rushed to take selfies in front of a giant screen on stage.

One could hear echoes from Field of Dreams: “If you build it, they will come.” The math requires that most of the seats in the 70,000-seat stadium be filled with fans coming to see every game. If they don’t, this could be one of the biggest municipal fiscal implosions in the history of professional sports.

The 49ers tried to cut a deal to stay in San Francisco, offering to demolish the old and aging Candlestick Park and build a new one on its parking lot. But owner squabbles and parking and traffic problems got in the way, and in 2006 the team’s new owners announced they were moving south, to Santa Clara, a high-end but very tiny (116,000 population) town. The wining and dining of the city council began in earnest and before long Measure J was offered to the taxpayers in the form of free money: no increase in taxes, no liabilities assumed, no hidden charges. Trust us.

Here’s some of the language that the taxpayers bought into:

No use of City General or Enterprise funds for construction; no new taxes for residents for stadium; private party pays all construction cost overruns; no City/Agency obligation for stadium operation/maintenance…

25,000 taxpayers showed up to vote on that fateful day in June 2010, with 15,000 of them voting to shackle everyone to the harness of a potentially impossible burden of debt.

In less than a year after passage, the language of the proposal, now law, had been breached, both frontally and behind the scenes. Frontally, the city gave up $114 million in cash and incentives to meet the 49ers’ demands. Behind the scenes, they set up a stadium “authority” granting it the power to borrow up to another $330 million, just in case it was needed.

Goldman Sachs was the lead lender in the deal, offering to raise $850 million to help build the new stadium and taking its usual ten percent commission off the top. The NFL ponied up another $200 million on the condition that it be paid back from gate revenues, leased seat revenues, beer and trinket sales, parking lot fees, and an increase in hotel room taxes. Levi Strauss paid $200 million (over ten years) to name the stadium. Nowhere could this writer find any financial contribution to the stadium by the 49ers. The only thing found was a promise that any cost overruns would be covered by the team.

Ignoring for the moment that most sports stadia built over the last twenty years in this country have never paid for themselves (a single exception: New Jersey’s Meadowlands Stadium), the assumptions underlying a successful experience in Santa Clara are unnerving:

If any of these assumptions go awry, then the Levi’s Stadium could indeed make history of another kind: we built it, but no one showed. For instance, if interest rates rise just a little, refinancing of the debt incurred (thanks to Goldman), which is required by 2015, could put debt service out of reach of the city’s stadium authority.

There are also the unmentionables that were omitted from the initial calculation: the subsidies. Judith Long, an urban planning specialist who teaches at Harvard University, noted that

Governments pay far more to participate in the development of major league sports facilities than is commonly understood due to the routine omission of public subsidies for land and infrastructure and the ongoing costs of operations, capital improvements, municipal services, and foregone property taxes.

Adjusting for these omissions increases the average public subsidy by $50 million….

Adding $50 million to the $114 million already spent, plus the $330 million borrowing authority not yet tapped by the city’s stadium authority, would bring the total cost to Santa Clara taxpayers awfully close to $500 million. And this in a town whose annual budget is less than $140 million a year.

A couple of writers at Bloomberg said that Santa Clara “is taking what may be the largest per-capita risk for any municipal sports facility [in the country.].” Roger Noll agrees. Noll, a retired economics professor from nearby Stanford University, looked at the same numbers and called this deal a dog:

The thing that makes this such a dog is that Santa Clara first of all is a small town. There’s some amount of financial hit the city could probably pay [if things don’t pan out as projected], but the probability that it’s going to exceed that is certainly not zero.

This is how a college professor, trying to be polite, says that the city has made a helluva mistake.

From a pure population viewpoint, Santa Clara and its environs, including the county, number about 1.7 million. San Francisco, on the other hand, sports 17 million. Even drawing a circle around Santa Clara, say 100 miles, from which the 49ers might draw its fans, leads to an inevitable mathematical conclusion: the city council has bitten off way more than it can chew.

There will be a period of “normalization,” after which it will be clear whether all the assumptions made will pan out: winning team, traffic congestion, maintenance expenses, interest rates, etc. Give it three years, maybe five, and the taxpayers will know all they need to know about their experiment with their Field of Dreams.

Bloomberg: Santa Clara Borrows Against Odds of Gain With 49ers

Entrepreneur magazine: Why the Motto “If You Build It, They Will Come” is BS

Goldman Sachs incentive Interest Rates language liabilities private Spending Subsidies Taxes taxpayer
This entry was posted on Wednesday, July 23rd, 2014 at 10:59 am and is filed under Economics, Free Market, Politics. You can follow any responses to this entry through the RSS 2.0 feed. Both comments and pings are currently closed.
Many of the articles on Light from the Right first appeared on either The New American or the McAlvany Intelligence Advisor.