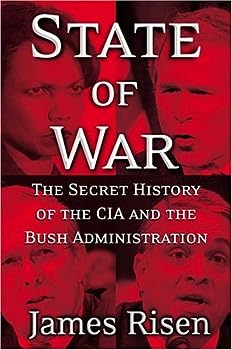 By refusing to hear an appeal from New York Times’ investigative journalist James Risen last week [not to be confused with Fox analyst James Rosen] that his sources for a controversial chapter in his book State of War are protected under the First Amendment and reporters’ “privilege”, the Supreme Court has de facto endorsed its controversial decision from 1972. In that decision, the Court determined that the First Amendment does not give reporters like Risen any reportorial “privilege” in protecting their confidential sources.

If the government moves ahead with its subpoena of Risen to testify or be held in contempt in its case against former CIA agent Jeffrey Sterling, Risen said he would go to jail rather than reveal his sources.

In a strange comment following the Court’s decision not to hear Risen’s appeal, Attorney General Eric Holder, the head of the department bringing the suit against Sterling, said:

“As long as I’m Attorney General, no reporter who is doing his job is going to go to jail.” This was followed by an equally opaque and confusing comment from his deputy, James Cole, who added: “Just because you issue a subpoena doesn’t mean you’re jailing anybody.”

Risen was also confused at those utterances: the Justice Department has now been given the go-ahead to bring Risen in to testify in the Sterling case, and now they aren’t? Said Risen: “I don’t know what to make of what [Holder] said … I don’t know what they’re going to do.” But he has made clear that he will not give up his confidential sources even if it means jail time.

Risen has been an investigative reporter for the New York Times since 1998 where he has specialized in investigating government snooping by the CIA and the NSA. His book State of War, published in 2006, sparked the initial pushback by the Bush administration as it was stung by revelations Risen disclosed about CIA mismanagement and massive errors. These resulted in exposing the lives of CIA agents in Iran to mortal danger while revealing the wholesale ineptitude of the CIA to neutralize that country’s plans to build nuclear weapons.

The Justice Department indicted Sperling in 2010 under the Espionage Act of 1917 and to build its case against the former CIA agent the department needed the testimony of Risen to reveal Sperling as the leaker. Risen was subpoenaed first in 2008 but that order expired a year later. In 2010 the Obama administration renewed the subpoena and in 2011 Risen responded in a 22-page affidavit to the U.S. District Court.

In that affidavit Risen explained that his reporting had done immense good in revealing the illegal and unconstitutional machinations of the Bush administration in the years prior to publication:

It was my reporting, both in the New York Times and my book State of War, that revealed that the Bush Administration had, in all likelihood, violated the law and the United States Constitution by secretly conducting warrantless domestic wiretapping on American citizens…

In August 2006, for example, partly as a result of my reporting on the subject, a federal judge in Detroit declared that the Bush Administration’s domestic wire-tapping program was unconstitutional.

He explained that by offering assurances that he would protect his sources, Risen was able to uncover and report on illegal activities by the government that would otherwise go unreported:

By bringing this issue out into the open for the first time, I believe that my reporting provided a public service to our nation, enabling Congress, the courts and the American people to openly debate the proper balance between civil liberties and national security…

I could not have written Chapter 9 of State of War … without the use of confidential sources. My sources for Chapter 9 provided me with information with the understanding that I would not reveal their identities.

In circumstances in which I promise confidentiality to a source, I cannot break that promise.

He outlined the illegal actions taken by the Bush Administration to prove his point – that he needed confidential sources to provide him with the hard evidence he needed:

[It] documented how, in the aftermath of the invasion, the Bush Administration punished CIA professionals who warned that the war was going badly…

[It] revealed that the CIA’s intelligence operations … in Iraq and other countries were completely dysfunctional, and even reckless.

Risen pleaded that, if left to stand, the appeals court decision approving the department’s subpoena to force him to testify and reveal his sources would, in essence, turn him and every other investigative journalist into an arm of the government:

Accordingly, I cannot comply with the subpoena.

The appeals court thought otherwise. In July 2013 the Fourth Circuit Court of Appeals ruled that Risen must testify “so long as the subpoena is issued in good faith and is based on a legitimate need of law enforcement … the government need not make any special showing to obtain evidence of criminal conduct from a reporter in a criminal proceeding.” It added:

There is no First Amendment testimonial privilege, absolute or qualified, that protects a reporter from being compelled to testify by the prosecution in criminal proceedings about criminal conduct that the reporter personally witnessed or participated in.

In other words, the First Amendment doesn’t apply if the government thinks it doesn’t. One of the three judges on the panel, however, saw through the sophistry and recognized the danger of the court’s 2-1 ruling. Wrote dissenting Judge Robert Gregory:

The majority exalts the interests of the government while unduly trampling those of the press, and in doing so, severely impinges on the press and the free flow of information in our society.

The last time the Supreme Court ruled on a reporter’s privilege was back in 1972, in Branzburg v. Hayes, where the court, 5-4, ruled that reporters could not use the First Amendment to protect their confidential sources. Since then 10 of the 13 circuit courts have all upheld that privilege along with 40 states and the District of Columbia.

In passing on the opportunity to support the First Amendment in this case, the Supreme Court has tacitly allowed the offending lower court’s decision to stand. When Risen was asked back in January what the appeals court ruling meant, he responded:

This case has been transformed into a potential constitutional showdown over the First Amendment and the role of the press in the United States because of the Obama Administration’s aggressive use of the powers of the government to try to rein in independent national security reporting.

In opening a panel discussion on journalistic freedom and confidential sources back in March, Risen said that the Obama administration is “the greatest enemy of press freedom that we have encountered in at least a generation.”

By refusing to consider Risen’s appeal, the Supreme Court confirms that claim.

Constitution Eric Holder espionage First Amendment Freedom Iraq justice NSA Obama power press Supreme Court Terrorism the law
This entry was posted on Monday, June 9th, 2014 at 1:54 pm and is filed under Constitution, Crime. You can follow any responses to this entry through the RSS 2.0 feed. Both comments and pings are currently closed.
Many of the articles on Light from the Right first appeared on either The New American or the McAlvany Intelligence Advisor.