Obama: A Jackal Worshiped by Jackasses 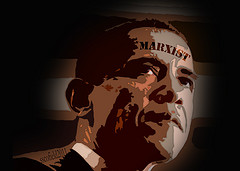 Mark Perry’s listing of pithy, cogent and insightful aphorisms by political commentator H. L. Mencken got me to thinking about one of them in particular: “Democracy … is a religion. It is the worship of jackals by jackasses.”

I was reminded of the research I did for my long article, “What Makes Obama Tick” which appeared here and at The New American magazine last October.

A large portion of that research was based on Trevor Loudon’s “Barack Obama and the Enemies Within” and I was drawn back to it thanks to Mencken’s remarkable foresight. Jim Simpson wrote the Forward for Loudon’s book, noting that,

Trevor, I and many other commentators, were very concerned about a potential Obama Presidency, and that concern drove our collective efforts to alert the voting public. Unfortunately, these efforts were insufficient to overcome the American press’ tidal wave of deception, misinformation and fact suppression that allowed Obama to get elected…

It was Trevor Loudon who first exposed the Obama administration’s “Green Jobs Czar,” Van Jones, as a self-described communist, leading to Jones’ expulsion from the White House.

It was Trevor who first discovered that the “Frank” mentioned in Obama’s autobiography “Dreams from My Father” was in fact the Communist Party USA member Frank Marshall Davis.

It was Trevor who exposed Obama’s early membership in the New Party, a communist spin-off group.

At the conclusion of my article, in an attempt to summarize all that I had discovered and uncovered, I found a nearly perfect quote from Mark Hendrickson at Forbes magazine, who characterized Obama as

In looking at that quote now, with the benefit of watching events unfold since then, I now find that Obama may safely also be characterized as a “jackal worshipped by jackasses.”

Jobs Obama The New American
This entry was posted on Saturday, January 19th, 2013 at 6:57 am and is filed under History, Politics. You can follow any responses to this entry through the RSS 2.0 feed. Both comments and pings are currently closed.
Many of the articles on Light from the Right first appeared on either The New American or the McAlvany Intelligence Advisor.