Memo to GOP: No Debt Ceiling Increase Without Spending Cuts 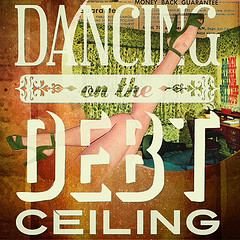 The Conservative Action Project, chaired by former Attorney General Edwin Meese, sent a “Memo for the Movement” to House GOP leaders meeting in Williamsburg, urging them not to raise the debt ceiling unless cuts in government spending were included. More than 100 conservative leaders signed the memo, including Chris Chocola, President of the Club for Growth, Penny Nance, President of Concerned Women for America, and Tim Phillips, President of Americans for Prosperity.

It took just 518 days for deficit spending to reach the debt ceiling which was raised in the summer of 2011 midst acrimony and disagreement. That debt ceiling crisis was triggered in May, 2011, when the House voted down a “clean” debt ceiling bill – one without conditions – by a vote of 318 to 97. The Republicans wanted to use the debt ceiling issue as leverage to get the Obama administration to agree to spending cuts on entitlements (and no increases in taxes) to begin to close the deficit and to address the long-term issue of the country’s accelerating national debt. After two months of wrangling, a last-minute deal was reached and the Budget Control Act of 2011 (BCA) was signed into law on August 2nd.

In simple terms, the BCA raised the debt ceiling to $16.4 trillion in exchange for promised future cuts in spending. A “super committee” was set up which failed to come to any agreement on how to do it, and “sequestration” – budget cuts in military and non-defense spending – was put in place to take effect on January 1, 2013. This was part of the “fiscal cliff” which was just resolved with some tax increases and more promises of future spending cuts while the sequestration was put off for two months.

The memo correctly noted that the root of the government’s problem is excessive spending that exceeds revenues, but puts the blame on Democrats and the Obama administration:

Now, like reckless teenagers, the Obama administration and congressional Democrats are demanding another credit limit increase with no strings attached. Not only are they jeopardizing our future, but also our children’s.

The plan is simple: Do not raise the debt ceiling without equivalent spending cuts along with a plan to balance the budget within ten years. The memo also urges GOP members to pass legislation requiring the Treasury, in the event that the ceiling isn’t raised, to prioritize spending based on revenues to make sure that interest payments on the government’s debt are paid first. This would neutralize the claim by President Obama and Treasury Secretary Tim Geithner that hitting the ceiling would result in “default” with allegedly drastic economic and fiscal consequences. Said the memo:

The Obama Administration made a cynical political calculation to ignore its ability to prioritize spending so it could scare Americans about the impact of balancing the budget through the debt limit.

The memo also expresses unhappiness that the president was able to force Republicans to support a bill raising taxes on wealthy Americans – something many had promised they would never do – and that now it’s payback time. Senate Minority Leader Mitch McConnell said he considered the “revenue issue” as having been “solved” by the fiscal cliff agreement, and that it was now time to get on with implementing the spending cuts. The memo specifically said:

President Obama held our nation’s economy hostage to get the tax increases he desired [by] extending parts of the Bush tax cuts, but not all of them.

The memo said there’s more involved than just getting the budget to balance in ten years. There are those off-budget promises –  “trillions in unfunded future promises” – that must be addressed as well. But demanding cuts in spending to counterbalance an increase in the ceiling is the best place to start.

The strategy isn’t likely to have any more success in reining in government spending than the debt ceiling crisis did in 2011. The net effect then was lots of noise and disagreement, followed inevitably by Congress acquiescing, and government spending continuing.

Part of the reason is that the president has correctly pointed out that Congress voted for the spending in the first place, and then to prohibit the executive branch from paying the bills now that they are coming due, is hypocritical and “absurd.” The place to discuss spending is during budget negotiations, not over the debt ceiling, he said.

Part of the problem is that the memo only obliquely references the massive unfunded liabilities resulting from promises the government has made that are far larger than the perceived $16 trillion of national debt. According to Boston University Professor Laurence Kotlikoff, those unfunded (and never mentioned in polite company) liabilities exceed $200 trillion. In a video interview recorded on YouTube Kotlikoff says the mathematics of those unfunded liabilities are inevitable, that within a few years, as the Baby Boomers move out of the workforce into retirement, it will cost the government $3 trillion each year to redeem them. Total annual government spending is just under $4 trillion now. It’s simply a matter of time before the real reality hits Washington. Kotlikoff’s calculations show just how irrelevant the juggling act and proposed confrontation offered as a “solution” by the Conservative Action Project really are.

Prior to the August 2011 debt ceiling crisis, Congressman Ron Paul (R-Texas) saw what was coming. He said that “the simple notion of balancing the budget, by limiting federal spending to federal revenue, [will remain] a shallow and laughable campaign platitude.” He added:

It is predictable that Congress will once again merely delay the inevitable and raise the debt ceiling, after the usual rhetoric about controlling spending, making cuts, and yes, raising taxes.

Unless and until members of congress grow up and take on the responsibility for which they were elected, nothing will be done about government spending despite protestations and memos to the contrary. Paul said that the day of reckoning is coming, via the bond market:

When our creditors finally wise up and cut us off, we will be forced to face economic realities whether we want to or not. It would be easier to deal with the tough choices we face now, on our own terms, rather than wait until we are at the mercy of foreign creditors.

However, leaders in Washington have no political will to admit that we cannot afford to continue spending without any meaningful limit. They prefer maintaining the illusion and putting off reality for another day.

It’s déjà vu all over again.

Conservative Debt Ceiling Deficit Economy Entitlements Fiscal Cliff Military Mitch McConnell Obama Ron Paul Senate Spending Taxes Video
This entry was posted on Friday, January 18th, 2013 at 7:00 pm and is filed under History, Politics. You can follow any responses to this entry through the RSS 2.0 feed. Both comments and pings are currently closed.
Many of the articles on Light from the Right first appeared on either The New American or the McAlvany Intelligence Advisor.