The Debt Ceiling is the Next Fiscal Cliff 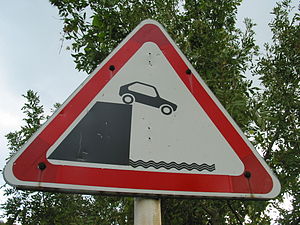 Often, the British newspaper Reuters has a more accurate view of American politics than does the distorted, half-blind American media. Their view of what’s next is helpful.

The Republicans are mad that Boehner folded so quickly over the fiscal cliff negotiations and are determined to “get even next time.” That opportunity will present itself in about three weeks.

Technically, the debt ceiling has already been breached, but Treasury Secretary Tim Geithner‘s machinations and accounting tricks are buying the government a little time. According to Reuters:

Republicans, angry the fiscal cliff deal did little to curb the federal deficit, promised to use the debt-ceiling debate to win deep spending cuts next time.

Republicans believe they will have greater leverage over Democrat Obama when they must consider raising the borrowing limit in February because failure to close a deal could mean a default on U.S. debt or another downgrade in the U.S. credit rating. A similar showdown in 2011 led to a credit downgrade.

That sounds like blackmail to me: “If you, Mr. President, don’t cut spending we’ll shut the government down, just like we almost did last time.” If I remember, all that happened last time is they decided not to decide, and pushed the issue out to some date in the future.

Our opportunity here is on the debt ceiling. We Republicans need to be willing to tolerate a temporary, partial government shutdown, which is what that could mean.

There are at least two things wrong with that. Never…never…has congress not raised the debt ceiling. It’s all about posturing and showing the rubes back home that “we’re here for you,” before they fold and raise the limit.

Second, Obama has all the momentum on his side. Nancy Pelosi put it well: “We believe that passing this [fiscal cliff] legislation greatly strengthens the president’s hand in negotiations that come next,” House Minority Leader Nancy Pelosi told NBC in an interview to air on Thursday. And Obama himself said he won’t even negotiate over the debt ceiling: “I will not have another debate with this Congress about whether or not they should pay the bills they have already racked up.”

Oh, and there’s the issue of Boehner’s reelection as Speaker of the House taking place this morning as the first order of business. Now that should prove most interesting indeed.

For a writer like me, it’s a target-rich environment out there!

Blackmail Debt Ceiling Democrat Environment Fiscal Cliff Nancy Pelosi Obama Spending Taxmageddon
This entry was posted on Thursday, January 3rd, 2013 at 7:09 am and is filed under Economics, Politics. You can follow any responses to this entry through the RSS 2.0 feed. Both comments and pings are currently closed.
Many of the articles on Light from the Right first appeared on either The New American or the McAlvany Intelligence Advisor.