America Headed for Energy Independence! Unless… 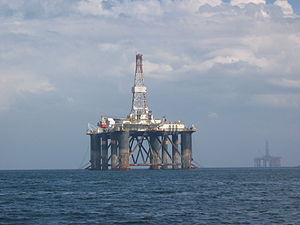 Just six years ago the US imported 60% of its oil. Today it’s down to 40%, and continuing to decline, according to the Wall Street Journal. It’s really quite amazing what incentive, technology and freedom are able to accomplish.

U.S. crude imports fell 9.2% in October from a year earlier to 8.091 million barrels a day, the lowest amount of imported crude since January 2000, according to U.S. Department of Energy data released today .The data are the latest illustration of how the drilling boom in North Dakota and other states is remaking the U.S. energy picture.

Remaking, indeed. It’s a total restructuring of the world’s economy. In the past the US has been increasingly dependent upon the Middle East and other producers to keep the lights on. And this has had enormous political implications. A quick look at the stories about the war in Iraq should satisfy even the most hardened skeptic about why the US sent troops there. There was even a movie about it, “The Oil Factor” which was narrated by hard-leftist Ed Asner, examining the political background, all because of our thirst for oil.

That thirst is being slaked now by internal development, which is changing everything…for the better.

As recently as 2006, domestic crude oil accounted for only about 40% of U.S. oil consumption and imports for 60%.  In only six years, those shares of U.S. oil consumption have almost reversed, with domestic crude oil supplying almost 60% of America’s oil consumption this year, as the share of foreign oil has fallen below 40% in recent months.  As the WSJ points out, the drilling boom in shale-rich states like North Dakota and Texas, thanks to advanced drilling technologies, is completely “remaking the U.S. energy picture,” and in the process remaking the U.S. economy.

The only thing that can get in the way of this “remaking” is, of course, the Obama administration which wants no such thing to happen, and will move heaven and earth (unacquainted as it might be with heaven) to keep it from happening. Jeffrey Folks, in an article from a year ago in American Thinker, noted the EPA’s overzealous war against fracking involved fraud and deceit:

The main target of this overzealous prosecution has been companies that produce fossil  fuels.  Whether it be mountaintop mining, offshore or Arctic drilling, or  hydraulic fracturing, the Obama EPA has moved swiftly to block new exploration  and production.  The bias against fossil fuels that exists at the agency  would be bad enough, but the fact that the EPA may have employed illegal and  unconstitutional tactics in support of its green agenda is far  worse.

With the departure of Lisa Jackson, the Obama administration has the opportunity to appoint someone even worse – a real zealot, rather than just a clumsy one – to shut down this nascent movement towards energy independence. Other than that, of course, the free market will make the US oil-independent.

Department of Energy Economy Energy EPA Fracking Fraud Free Market Freedom Iraq North Dakota Obama Technology Wall Street War
This entry was posted on Thursday, January 3rd, 2013 at 6:04 am and is filed under Economics, Foreign Policy, Politics. You can follow any responses to this entry through the RSS 2.0 feed. Both comments and pings are currently closed.
Many of the articles on Light from the Right first appeared on either The New American or the McAlvany Intelligence Advisor.