Who Will Pay the Taxes? 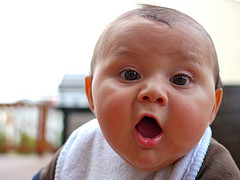 This is one of the key questions raised by the Pew Research Center in its November report on the U.S. birth rate. Pew reports that “the overall U.S. birth rate…declined 8% from 2007 to 2010…[and is] the lowest since at least 1920.”

My first question is why? Why such a sharp drop? Did it have anything to do with the Great Recession? It appears to Pew that it does:

This report does not address the reasons that women had fewer births after 2007, but a previous Pew Research analysis4 concluded that the recent fertility decline is closely linked to economic distress. States with the largest economic declines from 2007 to 2008, as shown by six major indicators, were most likely to experience relatively large fertility declines from 2008 to 2009, the analysis found. (my emphasis)

That seems logical to me. When Mary and I discovered in 1972 (I was 33 years old and Mary was 30) that we were going to have our fourth child (Jeannette, a joy!), I got a sinking feeling in my stomach. Mary found out about it and mentioned it at a Christmas party before I got there. When I arrived everyone asked how I felt. I told them. Mary still remembers. I was going to have to work even harder to provide for another child. It was going to be expensive.

At the time I didn’t know how expensive. I do now. According to Wikipedia, it costs a quarter of a million dollars to raise a child to age 18, not counting college costs. So I was daunted and more than a little anxious.

Both foreign- and U.S.-born Hispanic women had larger birth rate declines from 2007 to 2010 than did other groups. Hispanics also had larger percentage declines in household wealth than white, black or Asian households from 2005 to 2009.5 Poverty and unemployment also grew more sharply for Latinos than for non-Latinos after the Great Recession began, and most Hispanics say that the economic downturn was harder on them than on other groups.

This raises the question: who will pay for the “entitlement” programs that the government has lavished on its serfs? Buried in each of those programs is some assumption about birth rates, to justify the expansion of these programs. And the next question follows: if there aren’t enough supporters, what happens to those programs?

Pew doesn’t say, but I can guess. And so can you.

Great Recession IRS Pew Research Center Recession Taxes Unemployment
This entry was posted on Wednesday, January 2nd, 2013 at 6:32 am and is filed under Economics, History, Politics. You can follow any responses to this entry through the RSS 2.0 feed. Both comments and pings are currently closed.
Many of the articles on Light from the Right first appeared on either The New American or the McAlvany Intelligence Advisor.