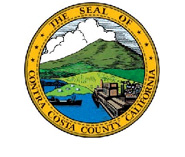 In 2010, officials at the West Contra Costa School District, just east of San Francisco, were in a bind. The district needed $2.5 million to help secure a federally subsidized $25 million loan to build a badly needed elementary school.

Charles Ramsey, president of the school board, says he needed that $2.5 million upfront, but the district didn’t have it.

“We’d be foolish not to take advantage of getting $25 million” when the district had to spend just $2.5 million to get it, Ramsey says. “The only way we could do it was with a [capital appreciation bond].”

A CAB is a payday loan. Borrow $25 million with a $2.5 million initial deposit, and put off paying the rest for years and years – long after the children have graduated and who then have the privilege of paying back the money. This is the power of compound interest, in reverse.

In this case, the school district will owe $34 million when the loan comes due. But Ramsey doesn’t care. He’ll be long gone, maybe even dead, before then.

There is one lonely single solitary voice of reason: the California State Treasurer, Bill Lockyer:

It’s the school district equivalent of a payday loan or a balloon payment that you…obligate yourself for. You don’t [have to make payments] for, maybe, 20 years…

In total, [California school] districts have borrowed about $3 billion to finance new school construction… But the actual payback on those loans will exceed $16 billion.

West Contra Costa isn’t the only one, or even the worst one. Try this:

“The best [sic!] example of the CAB issue is suburban San Diego’s Poway Unified School District, which borrowed a little more than $100 million. But “debt service will be almost $1 billion,” Lockyer says. “So, over nine times amount of the borrowing. There are worse ones, but that’s pretty bad.”

Lockyer thinks he has the solution: fire the superintendent who thinks these are great deals. I don’t think so. You’d just wind up with someone else buying into the same mindset that you can borrow today and not have to pay it back while you’re still superintendent. In fact, if you work it right, you might even get a plaque on the wall with your name on it for being so far-sighted and responsible.

These people are certifiable.

This entry was posted on Tuesday, December 11th, 2012 at 6:34 am and is filed under Economics. You can follow any responses to this entry through the RSS 2.0 feed. Both comments and pings are currently closed.
Many of the articles on Light from the Right first appeared on either The New American or the McAlvany Intelligence Advisor.