Wealthy are Moving to Belgium (for the, er, Culture) 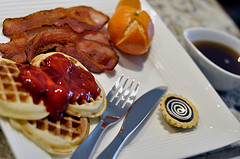 Some of the excuses being given to explain why rich folks are leaving high-tax France and moving to low- or no-tax Belgium are entertaining. Daniel Senesael is the mayor of Nechin, a Belgian village about 800 yards from the French border, where famous – some say infamous – actor Gerard Depardieu just moved. Said the mayor:

I think he wanted to enjoy the atmosphere in Belgium, our identity, the rural, bucolic setting.

Depardieu joins members of the Mulliez family, owners of Auchan  and Decathlon stores.

Senesael later on expanded on the real reasons the actor moved to his rustic attractive bucolic village:

He has moved in already and he is very welcome here.

He enjoys our countryside and our easygoing,  rural way of life. And of course he also enjoys our lower taxes.

Of course he does. He’s a perfect example of someone exercising human action – seeking his own best and highest purpose – just as Ludwig von Mises said people do when they are left alone.

Bernard Arnault, the 13th richest person in the world, is applying for Belgian citizenship as well although he said he was not trying to avoid any taxes.

He no doubt did it for the scenery.

Hollande has of course surrounded himself with people who decry the accelerating  exit of the wealthy, including his economic minister Pierre Moscovici who said he was distressed about the matter:

I…lament attacks on [our] government’s economic policies that are in vogue in France and abroad. Le French-bashing is terrible.

There is a range of measures we will take in favour of business…measures that will support investment and encourage business to stay in France.

If they stay, it no doubt will be for the culture.

France Income Tax Ludwig von Mises
This entry was posted on Tuesday, December 11th, 2012 at 3:00 pm and is filed under Economics. You can follow any responses to this entry through the RSS 2.0 feed. Both comments and pings are currently closed.
Many of the articles on Light from the Right first appeared on either The New American or the McAlvany Intelligence Advisor.