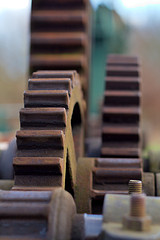 Calling it “unexpected,” Reuters reported that the Purchasing Managers Index (PMI) from the Institute for Supply Management for November fell to its lowest level in over three years. A poll of economists by Reuters showed they didn’t see it coming.

The PMI covers the private sector and quizzes 400 purchasing managers in 18 different manufacturing sectors to get their view of market conditions from their perspective: better than last month, same as last month, or worse, along with any comments they wish to make. Any reading above 50 indicates the sector is growing, and below that it’s contracting.

Bradley Holcomb, the chairman of the survey committee, said:

The PMI registered 49.5 percent, a decrease of 2.2 percentage points from October’s reading of 51.7 percent, indicating contraction in manufacturing for the fourth time in the last six months. This month’s PMI reading reflects the lowest level since July 2009 when the PMI registered 49.2 percent.

The New Orders Index registered 50.3 percent, a decrease of 3.9 percentage points from October, indicating [slowing] in new orders for the third consecutive month…

Holcomb noted that unsolicited comments from the purchasing managers also reflect the slowdown:

From Food, Beverage & Tobacco Products: “We are in a lull.”

From Plastics & Rubber Products: “Differences between [the] first half of [the] year and [the] remaining half are very dramatic,   growing to a peak in the middle of the year with a gradual decline since.”

From Computer & Electronic Products: “Seeing a slowdown in requests for quotes [RFQ] activity.”

From Electrical Equipment, Appliances & Components: “Seeing a slowdown in demand across [all] markets.”

From Transportation Equipment: “Economy is every sluggish. Production is down and orders have slowed considerably from Q1.”

This report may have surprised the economists polled by Reuters but it certainly didn’t surprise Lakshman Achuthan, chief economist at the Economic Cycle Research Institute (ECRI), who called for another recession back in September, 2011. Following the prediction, The New York Times noted that ECRI not only correctly called the beginning and the end of the last recession, “it has gotten all of its recession calls right while issuing no false alarms.”

Achuthan gave specific details about when he expected the next recession to hit: early in 2012, or perhaps as late as July, saying “If the United States isn’t already in a recession now it’s about to enter one.” He reviewed a number of his proprietary indicators, and said that the recession call was clear: “We’ve entered a vicious cycle, and it’s too late: a recession can’t be averted.”

Naturally, critics of his call became more numerous and noisy as the economy appeared to regain its footing in each of the four areas that Achuthan tracks: production, income, employment and sales. Those critics reached a crescendo in November, forcing Achuthan either to change or retract his call, or to prove it.

On November 29th, he issued a response with a slight modification to his original call, a disclaimer, and then showed the numbers that he’s watching:

Following our September 2011 recession call, we clarified its likely timing in December 2011. Based on the historical lead times of ECRI’s leading indexes, we concluded that, if it didn’t start in the first quarter of 2012, it was very likely to begin by mid-year.

But we also made it clear at the time that you wouldn’t know whether or not we were wrong until the end of 2012. And so it’s interesting to note the rush to judgment by a number of analysts, already asserting that we were wrong.

So, with about a month to go before year-end, what do the hard data tell us about where we are in the business cycle? Reviewing the indicators used to officially decide U.S. recession dates, it looks like the recession began around July 2012.

Three of the four indices he is tracking – industrial production, personal income and sales – clearly peaked in July, while the fourth – employment – continued to move higher.

How could employment be higher if the economy is already in a recession? There’s a lag between the slowdown and the jobs numbers:

[Higher employment] was also true in three of the last seven recessions – and in the severe ’73-’75 recession, job growth stayed positive eight months into the recession. Thus, positive jobs growth isn’t inconsistent with the early months of [a] recession.

He saved the best for last, noting that the combination of declines in industrial production and in personal income “has never occurred outside [of] a recession…in over half a century – it’s occurred in every recession.”

All eyes are on the jobs numbers to be issued in the next few days by the Bureau of Labor Statistics (BLS). If that report comes in weak, Achuthan can go back to watching his charts and not spend so much time defending his call.

As noted in Wells Fargo’s U.S. Outlook issued the day after Achuthan’s defense,

November’s report could be disappointing. We look for firms to have added 80,000 new jobs during the month [of November]…the unemployment rate will likely tick up to 8.0 percent…

BLS Economy ECRI Jobs Private Sector Recession Statistics Unemployment
This entry was posted on Monday, December 3rd, 2012 at 7:00 pm and is filed under Economics. You can follow any responses to this entry through the RSS 2.0 feed. Both comments and pings are currently closed.
Many of the articles on Light from the Right first appeared on either The New American or the McAlvany Intelligence Advisor.