How Obamacare Works in the Real World 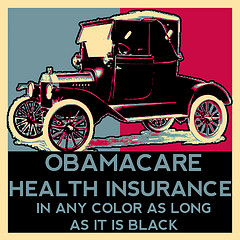 Unintended consequences from continued government meddling where it doesn’t belong often catches its victims by surprise. On the other hand, some consequences are predictable. This is one of them: a college is cutting the hours of its employees in order to avoid having to provide them with (and pay for) coverage demanded/mandated/enforced by Obamacare:

On Tuesday, CCAC [Community College of Allegheny County, Pennsylvania] employees were notified that Obamacare defines full-time employees as those working 30 hours or more per week and that on Dec. 31 temporary part-time employees will be cut back to 25 hours. The move will save an estimated $6 million.

Let’s correct that. It will save them $6 million that they weren’t expecting to have to spend. That’s much different from just saving $6 million.

But that’s minor compared to how it’s impacting people:

“It’s kind of a double whammy for us because we are facing a legal requirement [under the new law] to get health care and if the college is reducing our hours, we don’t have the money to pay for it,” said adjunct biology professor Adam Davis.

The college doesn’t have the money:

“While it is of course the college’s preference to provide coverage to these positions, there simply are not funds available to do so,” said CCAC spokesperson David Hoovler. “Several years of cuts or largely flat funding from our government supporters have led to significant cost reductions by CCAC, leaving little room to trim the college’s budget further.”

This is just one more example of government interference in the marketplace. It’s impacting restaurants who are cutting hours to keep from paying for coverage now demanded under Obamacare. This present case impacts 400 people. But multiply that across the country and the numbers could be, and likely will be, vastly larger.

Health Care Obamacare
This entry was posted on Saturday, December 1st, 2012 at 11:00 am and is filed under Economics. You can follow any responses to this entry through the RSS 2.0 feed. Both comments and pings are currently closed.
Many of the articles on Light from the Right first appeared on either The New American or the McAlvany Intelligence Advisor.