The Council on Foreign Relations Meets Herb Stein in China 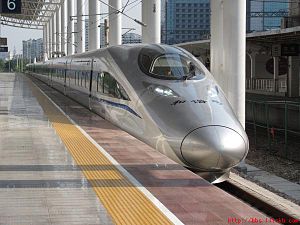 When the ultimate insider finally admits that something can’t go on forever, it’s remarkable. I consider the Council on Foreign Relations (CFR) as the centerpiece – the pillar, the foundation stone – of international affairs. James Perloff’s The Shadows of Power, last revised in 1988, will persuade even the most jaded and skeptical about this. And Herb Stein is the economist who famously said that when something can’t continue on forever, it will stop.

It looks like Stein is right once again, and the CFR, in its mouthpiece publication Foreign Affairs, has finally recognized it.

What’s been happening in China is remarkable, breathtaking, almost incomprehensible:

For four decades, the Chinese economy has grown by between seven and ten percent each year. It is the envy of the world…

Visitors to Beijing, Shanghai, and other major Chinese cities are quickly awed by impressive skyscrapers, glittering shopping malls, new highways, and high-speed rail lines, all of which leave the impression that China is a developed economy — or at least well on its way to becoming one.

Even in some smaller cities in inland provinces, government buildings make those in Washington and Brussels appear meager. In an area of Anhui Province that is officially designated an “impoverished county,” the government office block looks exactly like the White House, only newer and whiter. (my emphasis)

But the game is almost over. Local governments force landowners to sell their land at very low prices and then lease the land to developers at prices up to 70 times what they paid for it. It’s been very profitable, at least on paper. But it’s about to come to an end:

Underwriting the impressive façade, however, is an incredibly risky strategy. Governments borrow money using land as collateral and repay the interest on their loans using funds they earn from selling or leasing the same land.

All this means that the Chinese economy depends on a buoyant real estate market to keep grinding.

This sounds awfully familiar. It didn’t work out very well here, and isn’t going to there, either:

If housing and land prices fall dramatically, a fiscal or banking crisis would likely soon follow.

The entire bubble is based on perverse incentives. Put another way, the free market would never allow this to happen. Thank you, Mr. Keynes:

The recklessness can be traced to two things: First, local Chinese officials are evaluated for promotions and other rewards based on how well the economy they manage performs. Construction and real estate activities are among the most straightforward ways to stimulate growth. White-elephant construction projects thus offer eager officials a perfect opportunity to impress their political superiors, even if massive developments do not necessarily make any economic sense.

Take, for example, the city of Ordos in Inner Mongolia: Its elaborate urban infrastructure and its sea of new flats and office blocks are nearly all unoccupied, making it China’s largest ghost city. (my emphasis)

Just how large will be the implosion? Remember, this is from the CFR who has its tentacles into every financial transaction worth mentioning in the world. And they are frightened by the numbers which are vastly larger than those in the US in 2007 just before the Great Recession:

Official estimates by the National Audit Office, the People’s Bank of China, and the China Banking Regulatory Commission have put the size of local government debt at 5 trillion to 14.4 trillion Yuan (803 billion to over two trillion dollars) 13 to 36 percent of GDP — as of the end of 2010.

Private analysts often put the number much higher: between 50 and 100 percent of GDP, depending on whether local governments’ contingent liabilities or indirect debts (debts owed by government-owned and government-related entities) are included. (my emphases)

When this bubble pops, we’ll feel it in Toledo.

Banking China Council on Foreign Relations Economy Free Market GDP Great Recession Inflation Local Government Real Estate Recession
This entry was posted on Friday, November 30th, 2012 at 6:31 am and is filed under Economics, Foreign Policy. You can follow any responses to this entry through the RSS 2.0 feed. Both comments and pings are currently closed.
Many of the articles on Light from the Right first appeared on either The New American or the McAlvany Intelligence Advisor.