Why Sugar Subsidies are Permanent 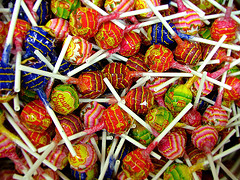 Yesterday I spoke of Donald Boudreaux’s incendiary response to an ignorant congressman from California on the matter of sugar subsidies. But now I’d like to focus on why, despite the congressman’s economic ignorance over the matter, the issue is moot. Sugar subsidies are here to stay.

Boudreaux quotes today from another writer who is an expert on the issue:

Import restrictions have kept domestic sugar prices at roughly twice the world price.  The General Accounting Office estimated that domestic sugar producers reaped about $1 billion in 1998 as are result of this policy.

No, let’s express it properly: consumers of sugar in the United States paid twice as much as they would have if there were a free market in sugar. Twice as much.

And where does that $1 billion go?

However, 42 percent of the total benefits to sugarcane and sugar beet growers went to just one percent of all producers; indeed, just seventeen sugarcane farms collected over half of all the cane growers’ benefits.

Seventeen farmers got half! Seventeen, versus the millions of Americans who are addicted to sugar. That’s why the subsidies will remain firmly in place. Who’s going to bother marching on Washington over unfair subsidies that cost them…what?…$2 a pound? Dr. Oz says the average American consumes 150 pounds of sugar a year. So they spend, directly and indirectly, $300 a year on getting their sugar fix. That’s twice what they would in a free market. They’re spending an extra $150 a year to subsidize seventeen farmers. Who cares?

Well, those seventeen farmers care, that’s for sure. They hire lobbyists and send contributions to their politicians and continue to bombard them with all the reasons (fake, false, misleading, inaccurate, etc. – see the congressman from California) why these subsidies make sense. Those politicians never hear from the Americans who are spending $150 a year extra. And so, the sugar subsidies stay:

The owners of these few farms have a powerful incentive to maintain the import restrictions.  Although the sugar policy imposes far larger costs on consumers of sweeteners ($1.9 billion [in 1998] according to the GAO) than are distributed to growers, consumers are far more numerous, and these costs are spread widely among them.

And their voices of protest are non-existent. So the subsidies stay in place.

Free Market Spending Subsidies
This entry was posted on Thursday, November 29th, 2012 at 11:00 am and is filed under Economics, Politics. You can follow any responses to this entry through the RSS 2.0 feed. Both comments and pings are currently closed.
Many of the articles on Light from the Right first appeared on either The New American or the McAlvany Intelligence Advisor.