Don’t Tax Me; Don’t Tax Thee; Tax That Fellow Behind the Tree! 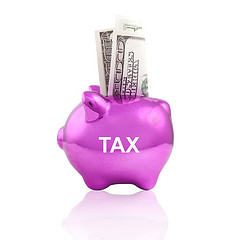 So said Russell Long, the Senator from Louisiana who served 39 years and whom the Wall Street Journal once called “the fourth branch of government,” so great was his influence. He got it right. The citizens are so dependent upon their government goodies that the entire discussion in Washington over the fiscal cliff is about increasing taxes and not cutting spending. The writer at Marketwatch.com got it exactly right:

As lawmakers negotiate to avoid the so-called fiscal cliff, the combination of tax increases and spending cuts that are due to take place on Jan.1, 2013, the silence on spending cuts is deafening. (my emphasis)

Some Republicans have tried, by outlining various cuts in spending that would bring the budget back to 2008 levels. But no one is listening:

House Republicans, both in the budget committee and in the Republican Study Committee, have outlined potential cuts that will bring spending back down to 2008 pre-recession levels. However, all Washington negotiators can do is talk about raising taxes, or not, and how much revenue can come from limiting deductions on one hand and economic growth on the other.

She says that Washington considers spending cuts as “poisonous.” We’ve heard this before. Cuts to Social Security was considered for years to be the third rail in politics: touch it and you die. George Bush trotted out a plan to modify Social Security with private accounts. Remember them? Didn’t think so. Down the memory hole.

Biden can’t believe the Republicans even want to talk about cutting Social Security. I have lifted this quote directly from the Huffington Post to make sure you see what they’re saying about Social Security:

Social Security does not contribute to the federal budget deficit. It is funded by payroll taxes, and currently enjoys a $2.7 trillion surplus, enough to fund the program without any changes until 2033.

This is factually provably incorrect. But it is what passes for truth in Washington: it ain’t broke, don’t fix it.

The lady from MarketWatch.com says the real question is about the welfare state in America:

If Americans want to run a European-style welfare state, America needs a European level of taxes…

Alternatively, do Americans want to keep the concept of entitlements as a safety net for low-income Americans, rather than those in the middle-class, which would move America back to historical levels of outlays? (again, my emphasis)

The answer is: they want both. Americans, through their elected officials, are saying: we want our goodies, but we don’t want to pay for them. Besides there’s plenty of money left in the federal kitty! Let’s not get excited.

Deficit Democrat Entitlements Fiscal Cliff Recession Republican Social Security Spending Surplus Taxes Taxmageddon Wall Street
This entry was posted on Thursday, November 29th, 2012 at 7:00 am and is filed under Economics, Politics. You can follow any responses to this entry through the RSS 2.0 feed. Both comments and pings are currently closed.
Many of the articles on Light from the Right first appeared on either The New American or the McAlvany Intelligence Advisor.