Changing Minds on the Sugar Tariff 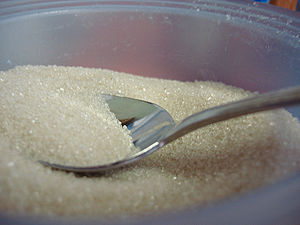 Economist Donald Boudreaux has a way with words, but sometimes he uses them as grenades rather than cinnamon rolls. He got upset with Florida Rep. Tom Rooney‘s remarks when he tried to justify tariffs and dressing his arguments up to look “conservative.” This is what ticked Boudreaux off:

America’s sugar policy has my support and the support of so many other conservatives because it’s the best line of defense we have against an OPEC-like market that threatens our food security and 142,000 U.S. jobs…

The policy we have chosen — placing tariffs on imported sugar — guarantees imports into the U.S. market (America is the world’s biggest sugar importer) but keeps subsidized foreign oversupplies from bankrupting U.S. producers. And, it operates without a federal budget outlay, which means it doesn’t cost taxpayers a dime.

True, this policy isn’t perfect. But it’s necessary. Until Brazil and other countries stop distorting the market with excessive subsidies, our no-cost policy is the least intrusive way to keep 142,000 Americans off unemployment rolls and prevent America from becoming dependent on the OPEC of sugar.

First, I checked Rooney’s voting record vis-à-vis the Constitution and it’s a forgettable 73.  What that rating tells me is that this guy needs help. He is muddled in his thinking, but perhaps he is worth saving rather than savaging. Boudreaux thinks otherwise. Look at his use of words as hammers:

In other words: “You’re a freakin’ hypocrite! And you call yourself a conservative! Go to your room!”

Now that’s persuasive! But Boudreaux is just getting warmed up (he’s already steamed, as you can tell):

Even less successful on this score is the first excuse you offer for Uncle Sam’s continuing refusal to allow us Americans to import as much sugar as we wish – namely, “it’s the best line of defense we have against an OPEC-like market.”

Boudreaux is right. This is nonsense. But what is he trying to do here? Persuade Rooney that he’s an idiot? Hmmm.

This fact reveals that the sugar producers with genuine OPEC-like monopoly power are not the ones that Uncle Sam must forcibly prevent us from patronizing (foreign growers), but, rather, American growers whose gluttonous special privileges are created by the very program that you seek to justify with your Orwellian sophistry.

Now he’s Orwellian. And a sophist to boot! That’s a nice touch.

I mention this only to make this point. If our objective is to correct people’s thinking on important matters like tariffs, I wonder just how effective it is to launch factoid missiles and ad hominem pejoratives like grenades into the enemy’s camp?

Perhaps a different approach is called for. How about something along the lines of:

I noted in your letter that you believe sugar tariffs protect American jobs. And I agree with you.

May I ask you a question: Is this the best way to go about it? Have you considered what the sugar market would look like without them? Would there be other beneficiaries besides workers if tariffs were removed?

You get the idea. I’m just saying…

Cartel Conservative Donald Boudreaux Jobs Monopoly OPEC Subsidies Unemployment
This entry was posted on Wednesday, November 28th, 2012 at 3:00 pm and is filed under Economics, Politics. You can follow any responses to this entry through the RSS 2.0 feed. Both comments and pings are currently closed.
Many of the articles on Light from the Right first appeared on either The New American or the McAlvany Intelligence Advisor.