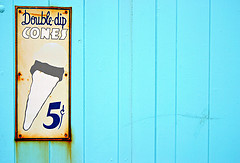 There has been much talk for many months about the “second” recession facing the US economy. I’ve written about it as well, noting the prediction from ECRI last year that we were headed for a double dip. The prediction was defended again in September by ECRI.

And many have predicted, including the Congressional Budget Office, that the fiscal cliff will cause another recession.

Now, those with money to spend, have decided to cut back:

U.S. companies are scaling back investment plans at the fastest pace since the recession, signaling more trouble for the economic recovery.

Half of the nation’s 40 biggest publicly traded corporate spenders have announced plans to curtail capital expenditures this year or next, according to a review by The Wall Street Journal of securities filings and conference calls.

It’s what they’re not spending on that is unnerving: the very sinews of commerce:

Nationwide, business investment in equipment and software—a measure of economic vitality in the corporate sector—stalled in the third quarter for the first time since early 2009.

Exports are slowing as well:

Exports are slowing or falling to such critical markets as China and the euro zone as the global economy downshifts, creating another drag on firms’ expansion plans.

Those with big checkbooks don’t like what they see:

Companies fear that failure to resolve the fiscal cliff will tip the economy back into recession by sapping consumer spending, damaging investor confidence and eating into corporate profits…

The chief executive officer of Fluor Corporation, the number one company on the Fortune 500 list of industries, said:

“The whole world is looking for stability and clarity from the United States.” If uncertainty isn’t removed, “people will sit on their war chests of cash…you’ll have a retarded growth trajectory.”

The slowdown is showing up not only in equipment and software but in real estate as well:

In the third quarter…business investment fell at a seasonally adjusted annual rate of 1.3%, according to a preliminary estimate from the Commerce Department. The latest drop included a decline in investment in structures, such as buildings, at a 4.4% annual rate.

The slowdown is being reflected in sentiment readings, too:

The latest survey by the Business Roundtable, which tracks expectations for sales and investment among its big-company CEOs, found the worst sentiment about the economic outlook in three years.

There it is: harbingers of another recession are not only showing up in sentiment readings but in capital investment decisions as well.

China Economy Fiscal Cliff Real Estate Recession Spending Taxmageddon Wall Street War
This entry was posted on Saturday, November 24th, 2012 at 3:00 pm and is filed under Economics. You can follow any responses to this entry through the RSS 2.0 feed. Both comments and pings are currently closed.
Many of the articles on Light from the Right first appeared on either The New American or the McAlvany Intelligence Advisor.