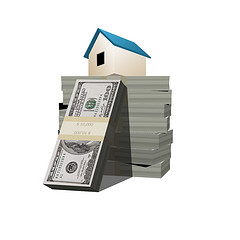 This headline makes nothing but sense: “Modified-Mortgage Defaults Soar 24%…”. Of course they will default…again. What has changed? You loan a deadbeat more money, that’s more money you’re not going to get back.

That’s not to characterize everyone who defaults on a mortgage as a deadbeat. I’m referring to those who received loans to buy homes that they never should have purchased in the first place because their previous credit was so bad. But in Clinton’s rush to put everyone into a home, even if they couldn’t afford it, he (with help from his friends) created a bubble.

That bubble burst in 2007, and the Fed has been trying to reinflate that bubble ever since. One of the ways is by forcing its banks to re-finance those deadbeats in order to get the bad loans off their books. It now is obvious that such an effort failed miserably. And it is likely to continue to fail.

Here’s this from JPMorgan:

We are now seeing a wave of re-defaults from the modifications over the last two years that failed,” the JPMorgan analysts said. “This wave should last through 2013.”

In my opinion they are half right: the wave of re-defaults is just starting. They will continue long past 2013.

Jim Vogel, an FTN Financial analyst, noted that the number of such “mods” held by the bankrupt-but-still-operating Fannie Mae and Freddie Mac, continues to increase (and long with them the re-defaults) and casts “doubts on the true health of the housing recovery.” Golly, what a surprise.

The total held by Fannie Mae and Freddie Mac approach $200 billion, and the banks are continuing to hold them on their books, allowing them to “accrue interest” even though the homeowners aren’t making payments. How’s that working? Well, it keeps the loans from being booked as losses, which makes their balance sheets appear to be stronger than they really are. The farce continues.

The more the government does to help the housing market, the more it delays the recovery and the more it costs taxpayers. It’s a house of cards being propped up with paper promises and non-performing loans being treated as good.

Fannie Mae Freddie Mac Housing Market JPMorgan Chase Real Estate
This entry was posted on Saturday, November 24th, 2012 at 6:10 am and is filed under Economics, Politics. You can follow any responses to this entry through the RSS 2.0 feed. Both comments and pings are currently closed.
Many of the articles on Light from the Right first appeared on either The New American or the McAlvany Intelligence Advisor.