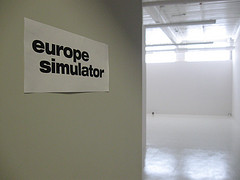 Dan Mitchell of Cato nails it: if austerity measures are applied to the private sector, the economy goes into the dumper. If austerity is applied to government spending, the economy revives. He is getting support for his thesis not only from simply looking at the slowdown in Europe (with some notable exceptions), but from Matthew Melchiorre from the Competitive Enterprise Institute, who said:

The folly of “austerity” composed mainly of tax hikes with less in the way of spending reductions has driven the economies of the Old World into the ground. We’re next…

He looks at the European countries that are implementing austerity through tax increases rather than cutting government spending:

Spending cuts have been weak. Today, not a single Euro Zone government is spending less as a percentage of GDP than it did in 2007, according to Eurostat data.

Tax increases, on the other hand, have been rampant. The average cyclically adjusted total tax burden among Euro Zone countries increased by about 5% from 2007 to 2010, according to European Commission data .

There are exceptions, which prove the rule:

Several Baltic countries have broken the European straitjacket of growth-strangling tax “austerity,” and have enjoyed success relative to their peers as a result. Take Estonia, for example. The Estonian government implemented an austerity program in 2009 composed two-thirds of spending cuts and one-third of tax increases. These were real cuts, too—cutting into public employee wages by 40% and slashing total government spending by a whopping 16% by 2011.  Estonia’s economy contracted severely in 2009, but bounced right back with 2 percent growth  the following year and has since continued to prosper…

Tax increases don’t bring about prosperity. Shrinking government to live within its means does. America’s Founders settled our republic on the principle of learning from Europe’s mistakes.

Austerity Economy Free Market GDP Spending
This entry was posted on Thursday, November 22nd, 2012 at 11:00 am and is filed under Economics. You can follow any responses to this entry through the RSS 2.0 feed. Both comments and pings are currently closed.
Many of the articles on Light from the Right first appeared on either The New American or the McAlvany Intelligence Advisor.