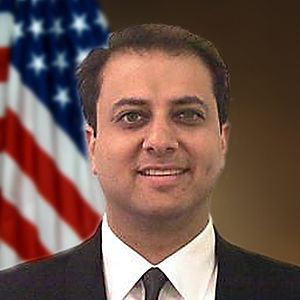 It certainly exceeded the amounts involved in the cases of Raj Rajaratnam and Rajat Gupta, both of whom are serving serious jail time for their convictions in insider-trading schemes. Gupta was sentenced in October to two years in federal prison and ordered to pay a $5 million fine, while Rajaratnam was sentenced to 11 years in jail and ordered to pay fines of more than $150 million.

According to Bharara’s statement, Martoma met and carefully cultivated a relationship with Dr. Sid Gilman, a University of Michigan neurologist, who also happened to be the chairman of a safety monitoring committee which was overseeing the trial of an experimental drug that was being developed by two drug companies, Elan Corporation and Wyeth.

When the good doctor passed along initially positive results of the testing to Martoma, his hedge fund bought $700 million worth of stock in June 2008 in both companies and enjoyed an initial ride when the results were made public later.

But when further testing of the drug failed to confirm its efficacy, Gilman passed that along to Martoma who immediately reversed his positions, sold out his holdings and then “sold short” shares of both companies, profiting again when the public learned about the bad news later on and forced the companies’ share prices down.

That is when Martoma … had to do a spectacular about-face, because he understood that with these negative results looming, the hedge fund’s massive $700 million stake had become a terrible bet.

Overnight, Martoma went from bull to bear as he tried to dig his hedge fund out of a massive hole.

Martoma’s quick reversal preserved the gains made on his first call, and profited again when both Wyeth’s and Elan’s shares plummeted on the bad news. For his efforts and quick action, Martoma, according to Bharara, was paid a $9 million bonus in January 2009.

Dr. Gilman wasn’t being charged as he had already settled out of court with the SEC by signing a “nonprosecution agreement” and paying $234,000 in fines.

Some are questioning Bharara’s contention that this is the “most lucrative tip of all time.” In a study published by Business and Politics in May 2011, entitled “Abnormal Returns from the Common Stock investments of members of the U.S. House of Representatives”, insider trading by members of the House has been used for years to enhance the returns on their own investment portfolios. The abstract of the study explains:

A previous study suggests that U.S. Senators trade common stock with a substantial informational advantage compared to ordinary investors and even corporate insiders.

We apply precisely the same methods to test for abnormal returns from the common stock investments of Members of the U.S. House of Representatives.

We measure abnormal returns for more than 16,000 common stock transactions made by approximately 300 House delegates from 1985 to 2001.

Consistent with the study of Senatorial trading activity, we find stocks purchased by Representatives also earn significant positive abnormal returns … A portfolio that mimics the purchases of House Members beats the market by 55 basis points per month (approximately 6% annually).

In the previous study of above-average Senatorial returns, one of the authors said:

Assuming returns are truly “incidental,” we hypothesize that US Senators should not earn statistically significant positive abnormal returns on their common stock …

A finding of statistically significant positive abnormal returns would suggest that Senators are trading stock based on information that is unavailable to the public, thereby using their unique position to increase their personal wealth.

To put it plainly, Bharara is missing the biggest insider-trading schemes of all time, right under his nose, in the halls of Congress. He may not know about these two studies. Or he may know but can’t do anything about those schemes simply because members of Congress are exempt from insider-trading rules.

As Craig Holman explained in his blog at TheHill.com in March, 2009:

The Securities and Exchange Commission (SEC) does not have the authority to hold employees of Congress or the Executive Branch liable for using non-public information gained from official proceedings for insider trading.

Under current law, “insider trading” is defined as the buying or selling of securities or commodities based on non-public information in violation of confidentiality — either to the issuing company or the source of information. Most federal officials and employees do not owe a duty of confidentiality to the federal government and thus are not liable for insider trading. (emphasis added)

A couple of years ago, a radio segment on American Public Media (APM) looked at two cases of suspicious financial activity that took place on both sides of the aisle during the initial days of the financial crisis back in September, 2008:

“A year ago this week Treasury Secretary Hank Paulson and Fed Chairman Ben Bernanke dashed to Capitol Hill. They hastily met with a small group of congressional leaders to tell them that the country was teetering on the edge of financial catastrophe,” (APM) correspondent Steve Henn said. “Paulson and Bernanke asked Congress to spend hundreds of billions to save the banks.”

The next day, according to personal financial disclosures, Henn said that John Boehner, who was GOP House Minority Leader at the time –and was present at the meeting –“cashed out of a fund designed to profit from inflation” and “[s]ince he sold, it’s lost more than half its value.”

Here, perhaps, is the “most lucrative tip of all time” for Bharara to follow: check on the studies on investment returns of members of the House and the Senate published by Business and Politics and then just follow your nose.

Ben Bernanke Corruption FBI Federal Government House of Representatives Insider Trading John Boehner NPR Scandal SEC Senate Wall Street
This entry was posted on Wednesday, November 21st, 2012 at 7:00 pm and is filed under Economics, Politics. You can follow any responses to this entry through the RSS 2.0 feed. Both comments and pings are currently closed.
Many of the articles on Light from the Right first appeared on either The New American or the McAlvany Intelligence Advisor.