Kicking the Fiscal Cliff Can … Again 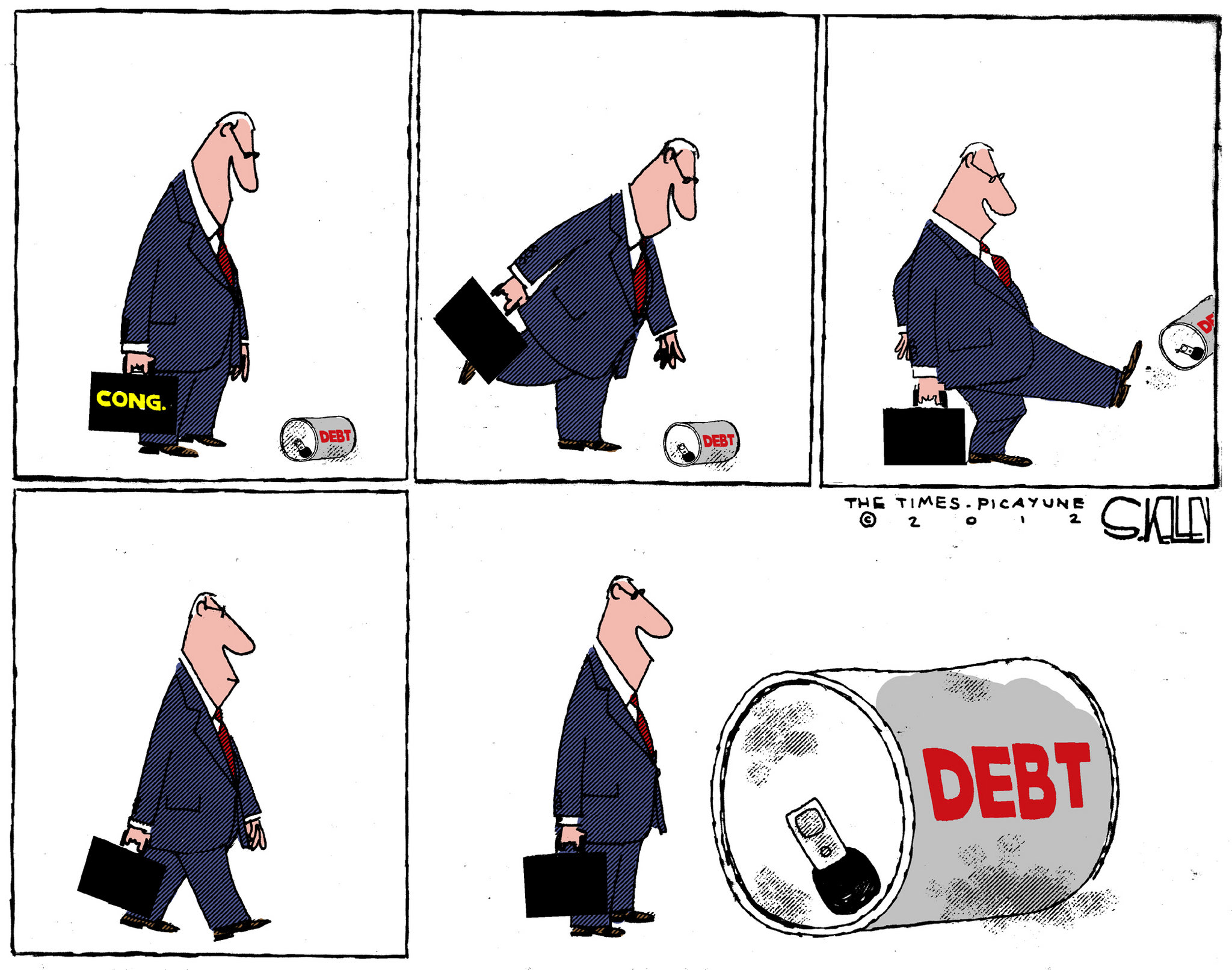 John Stossel is a favorite of mine. I watch his show whenever I can. He is fearless, even when faced with that intimidating buffoon Bill O’Reilly.

Stossel not only thinks Congress will kick the can on the Fiscal Cliff, he even explains how it is likely to happen:

It will! I see the future: The politicians will meet and fret and hold press conferences and predict disaster. Then they’ll reach a deal.

It will just postpone the reckoning, but they’ll congratulate themselves, and the media will move on.

They’re not going to admit that we’re bankrupt, and they won’t admit that we’re on the verge of a major, major change in our society. So they’ll keep putting it aside, but then [they’ll] eventually probably destroy the [remaining purchasing power of the] dollar…

If they propose, let’s say, a $10 billion increase for next year and cut it down to $9 billion, they say they’re cutting 10 percent. But they’re not cutting anything, they’re only increasing it $9 billion instead of $10 billion. It’s done on purpose so that people get confused.

In other words, what’s happening in Washington is all for show – it’s for the rubes – it’s to give the impression that much is being done about a serious problem. It isn’t. Here’s what Russ Roberts, an economist at the Hoover Institute, had to say about the show:

When government spending is about $3.8 trillion, you’re going to cut $100 billion? That’s a deck chair on the Titanic.

If they’re actual cuts, I think that would be great. I’d cut 10, 20 percent across the board if I had my druthers…

And so Stossel comes out of all of this at the same place as Gary North:

I won’t lose sleep over automatic spending cuts. The “fiscal cliff” frightens me less than the bankruptcy cliff.

Bankruptcy Bill O'Reilly Fiscal Cliff Gary North John Stossel Ron Paul Spending Taxmageddon
This entry was posted on Wednesday, November 21st, 2012 at 11:00 am and is filed under Economics, Politics. You can follow any responses to this entry through the RSS 2.0 feed. Both comments and pings are currently closed.
Many of the articles on Light from the Right first appeared on either The New American or the McAlvany Intelligence Advisor.