Demographics and the Republican Party 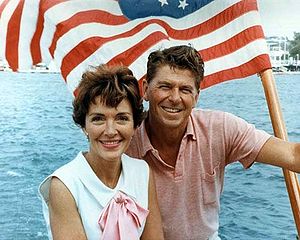 In my article at The New American yesterday, I reviewed studies from the Pew Research Center which showed that changing demographics resulted in the election victory for Democrats. I concluded from that study that the continued secularization of America would continue to favor them.

Thomas Sowell disagrees. He thinks that if the Republican Party gets back to its roots, it can have an intelligent and persuasive conversation that will resonate in future elections. After all, Ronald Reagan did it:

Conventional wisdom in the Republican establishment is that what the GOP needs to do, in order to win black votes or Hispanic votes, is to craft policies specifically targeting these groups. In other words, Republicans need to become more like Democrats…

Yet the most successful Republican presidential candidate during that long period was a man who went completely counter to that conventional wisdom– namely, Ronald Reagan, who won back to back landslide election victories.

Sowell holds that the Republican Party is missing the boat: that it’s can’t out-promise the Democrats:

If non-white voters can only be gotten by pandering to them with goodies earmarked for them, then Republicans are doomed… Why should anyone who wants racially earmarked goodies vote for Republicans, when the Democrats already have a track record of delivering such goodies?

No, says Sowell. Instead the Republican Party needs to harken back to its roots of limited government, individual responsibility, private property, strong families, etc., etc., etc…

The Republicans’ greatest failure has been precisely their chronic failure to spell out their principles– and the track record of those principles– to either white or non-white voters.

In other words, he thinks the Republican Party can be saved.

I don’t think so. It is, and has been for years, just one half of a single political party – the RepublicanDemocrats, as my friend Jack McManus likes to say. Or two wings of the same bird of prey. Or CFR (Council on Foreign Relations) Team A versus CFR Team B as Gary North puts it. Whoever wins, the CFR wins. Whoever loses, the CFR wins.

Simply put, at the national level the Republican Party is a scam. A fraud. A deceit of massive proportions to fool the electorate into believing they have a choice, when they really don’t.

Here’s a pithy quote from Professor Carroll Quigley, professor (now deceased) of history at Georgetown University, author of two seminal works on the elite: The Anglo-American Establishment and Tragedy and Hope. He was one of Bill Clinton’s professors.

Here is what he said about the Democrat and Republican parties:

The argument that the two parties should represent opposed ideals and policies, one, perhaps, of the Right and the other of the Left, is a foolish idea acceptable only to the doctrinaire and academic thinkers. Instead, the two parties should be almost identical, so that the American people can “throw the rascals out” at any election without leading to any profound or extreme shifts in policy.

In my opinion, then, Sowell is promoting a false hope: that the Republican Party can change, and become a true alternative to the Democrat Party.  It can’t. It’s part of the same bird.

Council on Foreign Relations Deceit Democrat Elite Establishment Fraud Gary North Pew Research Center Republican Ronald Reagan The New American
This entry was posted on Friday, November 16th, 2012 at 1:37 pm and is filed under History, Politics. You can follow any responses to this entry through the RSS 2.0 feed. Both comments and pings are currently closed.
Many of the articles on Light from the Right first appeared on either The New American or the McAlvany Intelligence Advisor.