The Republican Party Failure to …? 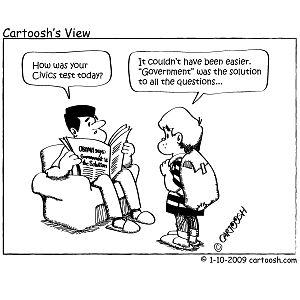 Sometimes it takes a view from a foreigner for the rest of us to see clearly what’s going on here. Anthony Wile writes his newsletter, www.TheDailyBell.com, from Switzerland, but has a special insight into global affairs that is often refreshing. He disputes the claims that the Republican Party lost the election because they didn’t promise enough goodies to Hispanics.

He calls this a “splendid power elite meme”: that in order to win an election a political party must pinpoint the demographics and then bribe them with government handouts, largesse and special privileges.

He notes an article from the New Yorker magazine which claims that “Romney’s loss to Barack Obama brought an end not just to his eight-year quest for the Presidency but to the Republican Party’s assumptions about the American electorate.” And then the New Yorker proceeds on the assumption that only it’s very liberal view of the world is the one that works, and the one that the Republicans need to adopt: Hispanics are a growing demographic, and they can and must be bought off in order for the Republicans to win future elections.

The article quotes Obama as noting that “a big reason I will win a second term is because the Republican nominee and the Republican Party have so alienated the fastest-growing demographic group in the country, the Latino community.”

While Wile then runs off on a tangent – valid, perhaps, but not one I want to pursue here – he notes that the New Yorker has neatly excluded from the conversation anything about what the American electoral really wants: less government. And the only true candidate espousing believability in that arena is Ron Paul. Not strangely, the New Yorker doesn’t mention either limited government or Ron Paul in its article.

The GOP does not have to “appeal” to Hispanic voters. If it simply stood for more freedom and less government interference, this would probably be enough to make it a most attractive political party, even to many Hispanics. But this is not the narrative the power elite wishes to purvey. So they won’t. And neither will the New Yorker.

Elite Freedom Liberal Obama Republican Ron Paul
This entry was posted on Thursday, November 15th, 2012 at 12:22 pm and is filed under Politics. You can follow any responses to this entry through the RSS 2.0 feed. Both comments and pings are currently closed.
Many of the articles on Light from the Right first appeared on either The New American or the McAlvany Intelligence Advisor.