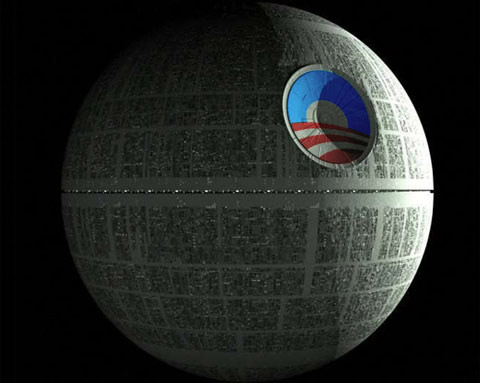 As if he ever intended to pull his punches in his continuing drive to establish a totalitarian state in America, newly reelected Obama has wasted no time in extending and expanding his illegitimate powers. As Mike Adams (one of the more astute and insightful of writers I try to read daily) noted in his daily blog on Wednesday:

He’s the one who issued an executive order claiming  government ownership over all farms and farm equipment, in case you forgot  that little fact.

He’s also the guy who just  recently issued an executive order merging Homeland Security with local  corporate entities to grant the executive branch of government a power  monopoly over the nation, bypassing the courts and Congress. You probably  haven’t even heard about that one, because he secretly signed it during  Hurricane Sandy.

From there, Adams speculates on Obama’s second term and his continuing attack on our freedoms:

There are millions of us who see clearly, some perhaps for the first time, exactly what’s coming. Adams just sees over the horizon a little farther than most.

Bill of Rights Debt Ceiling EPA Executive Order Freedom Health Care IRS Monopoly Obama Obamacare SEC Second Amendment Spending Stock Market TSA War
This entry was posted on Sunday, November 11th, 2012 at 6:55 am and is filed under Constitution, Politics. You can follow any responses to this entry through the RSS 2.0 feed. Both comments and pings are currently closed.
Many of the articles on Light from the Right first appeared on either The New American or the McAlvany Intelligence Advisor.