Light from the Election Results 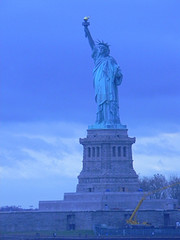 Since leaving the election watch party at a friend’s home last night, I’ve considered what I might say to you this morning.

I just checked the Weather Channel and noted that the sun is supposed to rise at 6:33AM this morning. And it looks like it going to happen in about 9 minutes.

That is no small thing. When you think about all the things that must mesh together to make this happen, I’m quick to realize that it is simply beyond my comprehension to understand. What I do understand, however, is that it is predictable, ordered, and follows certain laws of physics. By definition a law of physics has no exceptions, that’s why it’s called a law. And in order to have such a precise mathematical  system that we can predict when the sun will rise, there must be an order-maker behind the scenes making it happen. What a wonderful comfort that is!

2. The fight for freedom never ends

That’s because the enemy of freedom never sleeps. Imagine what we would be feeling of Romney had won. Flawed as he is, and controlled by evil forces as he is, wouldn’t “conservatives” have celebrated last night? Wouldn’t they have relaxed, even a little bit, saying that it was a good fight after all?

No. What I see is the edge of naked aggression now manifesting itself. The gloves are coming off and Obama’s true intentions will be abundantly clear even to those who blindly voted for him, thinking somehow that he was a better choice.

As Herb Stein said, “if something can’t continue, it will stop.” Or put another way, with Washington continuing to kick the can down the road, eventually we’re going to run out of road. That will be especially painful to those who have allowed themselves to become dependent on the government. They will have to learn how to become dependent upon themselves once again, and that will be painful.

3. There were some good things that happened last night

Others will write much more extensively about them elsewhere. I might even comment on them here in the next few days, as I am ever the optimist and am always seeking to see the glass as half full, not half empty. I refer specifically to Proposition 64, the legalization of marijuana in Colorado, to be treated under the same rules as alcohol.

This is huge. Without realizing it, vast numbers of those voting for it have essentially said to the federal government, up yours, we’re going to enjoy our freedom and we dare you to do something about it. Since this is an amendment, this is the first challenge to the feds over a state constitution’s provisions.

Little did they know it but voters have taken the first important step towards state nullification of federal laws deemed to be unconstitutional. It’ll be very interesting to see just how the feds react to such a blatant challenge – in your face! – to their alleged authority to regulate behavior at the state (and individual) level, now guaranteed by Colorado‘s constitution.

4. The freedom movement will become stronger, not weaker

This is what happened at the birth of the republic. As observers watched events unfold, they became increasingly aware of the intrusions of the King into their daily affairs. The more blatant those intrusions became, the stronger the movement for liberty became. I welcome those intrusions – I say let them come! – and they will hasten the strengthening of the freedom movement. Push us and we’ll push back. Push us harder, we’ll push back harder.

5. It only takes a few to make a difference

Margaret Mead is alleged to have first uttered the phrase: “Never doubt that a small group of thoughtful, committed, citizens can change the world. Indeed, it is the only thing that ever has.” That statement has now been proven to be true:

“When the number of committed opinion holders is below 10 percent, there is no visible progress in the spread of ideas.  It would literally take the amount of time comparable to the age of the universe for this size group to reach the majority,”  said SCNARC Director Boleslaw Szymanski, the Claire and Roland Schmitt Distinguished Professor at Rensselaer. “Once that number grows above 10 percent, the idea spreads like flame.”

What Obama and his czars and minions will successfully do as they begin to implement their totalitarian, police state mandates on the civilian population of the United States is to push those “committed opinion holders” beyond 10 percent, It may already have happened, but we won’t know that, of course, until long after it has taken place.

Obama is pushing against a law. And remember, a law has no exceptions.

For myself, I will lumber on, moving forward, onward and upward, with the light I have been given, praising God for the opportunity to make use of the ability He has given me to make a difference. The rest, as it always is, is up to Him.

This is from the Massachusetts Provincial Congress, in 1774:

Resistance to tyranny becomes the Christian and social duty of each individual. Continue steadfast, and with a proper sense of your dependence upon God, nobly defend those rights which Heaven gave, and no man ought to take from us.

Christian Constitutional Federal Government Freedom Liberty Nullification Obama
This entry was posted on Wednesday, November 7th, 2012 at 9:28 am and is filed under Constitution, Economics, Foreign Policy, History, Politics, Religion. You can follow any responses to this entry through the RSS 2.0 feed. Both comments and pings are currently closed.
Many of the articles on Light from the Right first appeared on either The New American or the McAlvany Intelligence Advisor.