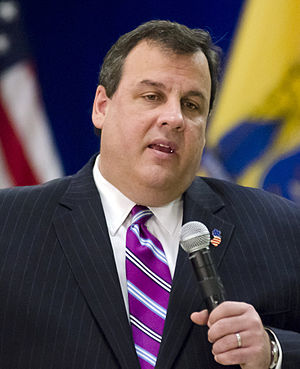 Chris Christie is a great example of someone who, on the hustings, sounds wonderful: less government, tough on unions, balance the budget and all that sort of thing. For a brief moment, Ann Coulter fell for him as well.

But let reality intrude and all the falsehoods and chimera and gloss disappear. Here’s the guv on gouging:

Having visited some of the hardest-hit areas of our state, and having seen firsthand the suffering people are experiencing, I assure New Jersey’s residents and retailers that we are taking a zero-tolerance approach to price gouging. Fuel, electricity, food, and a place to sleep are not luxuries, certainly not for individuals who have been displaced from their homes and in many cases have limited resources at their disposal. We are not asking businesses to function as charities. We require that they obey New Jersey’s laws – or pay significant penalties.

He is a statist after all. In fact, to be completely accurate, he thinks government’s role is to override the market and intrude and reward and punish according to some tissue-paper standard of “right” and “good.” The proper word – get ready! – is fascism. Wikipedia, as far as it goes, does a pretty good job of explaining:

Fascism promotes such economics as a “third position” alternative to capitalism and Marxism, as fascism declares both as being obsolete….

Fascism is state control without state ownership. And Christie is a fascist.

Here is how Donald Boudreaux reacts to this egregious assault on the free market:

Prices kept artificially low – prices forcibly kept from reflecting the reality that gasoline and other staple goods are in unusually short supply – discourage the extra efforts required by suppliers in times of natural disasters to bring much-needed inventories to market.

And in return for this dampening of efforts to increase supplies, New Jerseyans receive no off-setting benefits.  Quite the contrary.  At a time when being with family and neighbors is especially vital, price controls cause desperate people instead to waste hours waiting in long lines at gasoline stations and other retail outlets…

There are other costs to the this intervention which Boudreaux, in the interests of space, doesn’t mention. But the biggest cost of all is the promotion of a falsehood by someone who should know better. Christie is an interventionist and a fascist after all. I guess it’s good to know that now. He might try to run for higher political office someday. He’d fit right in.

Capitalism Chris Christie Donald Boudreaux Fascism Free Market Marxism Price Controls Price Gouging Private Property
This entry was posted on Monday, November 5th, 2012 at 3:55 pm and is filed under Constitution, Economics, Politics. You can follow any responses to this entry through the RSS 2.0 feed. Both comments and pings are currently closed.
Many of the articles on Light from the Right first appeared on either The New American or the McAlvany Intelligence Advisor.