Taxmageddon Only Part of the Problem 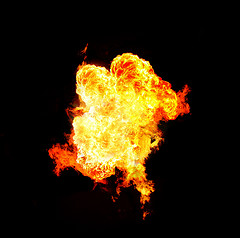 The Heritage Foundation went to the trouble of calculating exactly what will happen to the tax liabilities of taxpayers if Taxmageddon stays in place after the first of the year. Accordingly to Amy Payne, “Taxmageddon” is the

horrifying combination of expiring pro-growth tax policies from 2001 and 2003, the end of the once-temporary payroll tax cut, and just a few of Obamacare’s 18 new tax hikes…

Taxmageddon will be the largest tax increase EVER to hit Americans. It’s nearly $500 billion in one year, starting January 1. That’s two months away.

Here is Heritage’s breakdown of Taxmageddon’s impact on Americans:

But even this fails to measure the real impact of Taxmageddon starting January 1. It’s that most of the tax increases will be borne by small business owners, the ones most responsible for job creation. In an analysis of the Vice-presidential debates, two other analysts from Heritage, Curtis Dubay and Romina Boccia, explain:

These are the biggest, most successful small businesses. They employ more than half the private workforce, according to an Ernst and Young study. Raising their taxes would destroy more than 700,000 jobs.

The Tax Policy Center agrees, calculating that Taxmageddon isn’t a tax on the rich: it will impact 96% of all middle income taxpayers.

Taxmageddon, however, is just one of four major impacts descending – like the convergence of forces in the perfect storm of Hurricane Sandy just ended – on the country after December 31. There’s the impact of “sequestration” – the result of the failure of the Super Committee last summer to implement tax cuts required under the Budget Control Act of 2011 which resulted in automatic cuts, to wit:

There’s the debt ceiling crisis that is likely to be forced onto Congress early next year with potentially similar results to that following the heated debate last summer. At present there is just $275 billion left before the government hits the current ceiling of $16.4 trillion, and simple math puts this onto Congress’ agenda in January.

Finally, there’s Operation Twist, the continuing effort by the Federal Reserve to reduce long-term interest rates still further (in its continuing and failing effort) to stimulate the economy through failed Keynesian money-creation strategies. This strategy is supposed to end on December 31 as well.

Gene Kirsch, Senior Banking Analyst for Weiss Ratings, pointed out the failings of this strategy to do anything more than to increase the Fed’s balance sheet:

It is unclear whether additional monetary stimulus can actually improve the underlying economy without addressing the primary causes of weakness—mainly high unemployment, the uncertainty about tax liabilities for individuals and businesses and continued government spending.

It seems clear that simply throwing money at the economy and telling businesses and consumers to spend without knowing the consequences, is not going to fix the problem.

What will actually happen during the lame duck session following the election is beginning to come into focus. When Lockheed Martin threatened to send layoff notices to 100,000 of its employees in September, in keeping with the Worker Adjustment and Retraining Notification Act (the WARN Act which requires “employers with 100 or more employees to provide notification 60 calendar days in advance of plant closings and mass layoffs”), the White House intervened, saying that sending such notices was “unwarranted” because the Department of Defense hadn’t actually announced its intention to abide by sequestration after the first of the year.

We will not issue sequestration-related WARN notices this year. The additional guidance [provided by the White House] offered important new information about the potential timing of DOD actions under sequestration, indicating that DOD anticipates no contract actions on or about 2 January, 2013, and that any action to adjust funding levels on contracts as a result of sequestration would likely not occur for several months after 2 Jan. (emphasis added)

This is how a major defense contractor, with close ties to the White House, spells “kick the can.” And this leads one then to predict the expected actions the lame duck congress is likely to take in response to the impending disaster:

2012 Elections Banking Bush Tax Cuts Debt Ceiling Defense Spending Department of Defense Economy Entitlements Federal Reserve Fiscal Cliff Heritage Foundation Income Tax Interest Rates Jobs Keynesian Lame Duck Medicare Military Mitt Romney Obama Obamacare Small Business Spending Taxes Taxmageddon Unemployment
This entry was posted on Sunday, November 4th, 2012 at 9:44 am and is filed under Economics, Politics. You can follow any responses to this entry through the RSS 2.0 feed. Both comments and pings are currently closed.
Many of the articles on Light from the Right first appeared on either The New American or the McAlvany Intelligence Advisor.