Romney, Obama, Polls and the Outcome 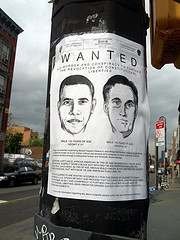 John Hawkins describes himself as a “professional blogger” which must mean that he gets paid for expressing his opinions. And his thoughts on the polls are interesting:

Which polls do you believe? Although there’s no way to be sure yet, I believe Gallup and Rasmussen. Not only do I think Mitt is going to win Ohio, I think he’s going to win by a large enough margin that Ohio doesn’t matter. Here’s why I say that:

I just wish I could get more excited about Tuesday’s election. My problem is: I know too much. Back when I was a uninformed voter, I registered myself as a Republican. Now, however, no matter who wins on Tuesday, we lose.

That’s how I feel about the Republican Party. After Tuesday, I’ll probably change my party affiliation to Independent.

2012 Elections Democrat Insurance John McCain Mitt Romney Obama Polls Republican Spending
This entry was posted on Saturday, November 3rd, 2012 at 1:03 pm and is filed under Politics. You can follow any responses to this entry through the RSS 2.0 feed. Both comments and pings are currently closed.
Many of the articles on Light from the Right first appeared on either The New American or the McAlvany Intelligence Advisor.