Obama Set to Unleash Tsunami of Regulations after the Election 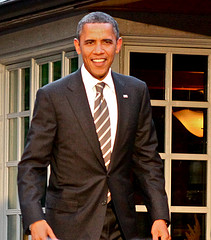 After learning that the White House had failed to enforce the law in order to protect President Obama’s reelection chances from potential negative feedback, Senator James Inhofe (R-Okla.) wrote a letter dated October 25th asking the president to comply:

It has come to my attention…that the federal government is not adhering to [the legal requirement that agencies publish their regulatory agendas on a semiannual basis]. More specifically, your Administration has failed to publish its regulatory agenda since the fall of 2011…

My primary concern is with the [EPA’s] refusal to be open and transparent about its regulatory agenda. Magnifying this concern is that the EPA, in what appears to be a string of politically motivated decisions, has “punted” or put on hold until after the election a number of economically damaging regulations, including greenhouse gas regulations, strict mandates for ground-level ozone, as well as guidance which seeks to expand greatly the EPA’s authority to regulate waters of the U.S…

I request that you comply with the law and publish the federal government’s regulatory calendar this month.

Not surprisingly Inhofe didn’t hear back from the president by the October 31st statutory deadline, and published his outrage at the website of his Environment and Public Works committee where he is a ranking member:

President Obama is refusing to comply with the law that requires him to publish forthcoming regulations because he doesn’t want the American public to know the terrible cost of the regulatory barrage he plans to unleash in a second term. So instead of being honest with the American people about what’s in store if he wins, he’s been trying to hide the fact that he intends to move forward with a slew of rules that will destroy hundreds of thousands of jobs and dramatically raise the cost of energy on American families…

The bottom line is that President Obama knows he can’t win reelection if Americans know the truth. It’s bad enough that he’s hiding his second term agenda – it’s even worse that he’s breaking the law to do it. The American people deserve more from their President.

They aren’t likely to get it. The president has ignored the rule for a year, missing the deadline in April and then again in October. In the meantime, a veritable tsunami of regulations is piling up at the Office of Information and Regulatory Affairs (OIRA) just waiting for the election to be over. According to OIRA, there are 151 major regulations (those having an impact of $100 million or more) awaiting review, with 118 of them more than 90 days old.

Some of the most costly, according to the Heritage Foundation, include

Inhofe’s committee published its own list of horrors emanating from Washington which included:

The committee’s report noted, concerning fracking, that Secretary of the Interior Ken Salazar has the view “that the issue of fracking is the Achilles heel for our natural gas industry,” and that Obama’s Energy Secretary Steven Chu said “We are going to have to get some sort of regulatory thing going on that…”.

The totalitarian mindset that drives regulation in the Obama administration was perfectly illustrated back in 2010 when a top EPA official, Al Armendariz, explained exactly what he intended to do to oil and gas producers. It was taped and published on YouTube:

But as I said, oil and gas is an enforcement priority, it’s one of seven, so we are going to spend a fair amount of time looking at oil and gas production. And I gave, I was in a meeting once and I gave an analogy to my staff about my philosophy of enforcement, and I think it was probably a little crude and maybe not appropriate for the meeting but I’ll go ahead and tell you what I said:

It was kind of like how the Romans used to conquer little villages in the Mediterranean. They’d go into a little Turkish town somewhere, they’d find the first five guys they saw and they would crucify them. And then you know that town was really easy to manage for the next few years.

And, companies that are smart see that, they don’t want to play that game, and they decide at that point that it’s time to clean up. And, that won’t happen unless you have somebody out there making examples of people.

So you go out, you look at an industry, you find people violating the law, you go aggressively after them. And we do have some pretty effective enforcement tools. Compliance can get very high, very, very quickly. That’s what these companies respond to is both their public image but also financial pressure. So you put some financial pressure on a company, you get other people in that industry to clean up very quickly.

So, that’s our general philosophy.

The outrage engendered by his remarks forced him to resign but the explanation and defense offered by EPA Administrator Lisa Jackson rang hollow: Armendariz’s remarks “are not representative of the agency, they don’t reflect any policy that we have, and they don’t reflect our actions over the past two years,” she said.

Except that another EPA bureaucrat reiterated the same mindset and ideology last June. Curt Spalding was caught on tape explaining what Jackson really meant:

Lisa Jackson has put forth a very powerful message to the country.

That was a huge decision. You can’t imagine how tough that was. Because you got to remember if you go to West Virginia, Pennsylvania, and all those places, you have coal communities who depend on coal. And to say that we just think those communities should just go away, we can’t do that.

But she had to do what the law and policy suggested. And it’s painful. It’s painful every step of the way.

It isn’t necessary to note here Jackson’s triumph of ideology over reality. But she, of course, is merely reiterating the ideology of her boss, Barack Obama who also was caught on tape explaining his position on energy in general and coal in particular back in January 2008 when he said:

So if somebody wants to build a coal-powered plant, they can. It’s just that it will bankrupt them, because they’re going to be charged a huge sum for all that greenhouse gas that’s being emitted…

Inhofe’s report contrasted two visions of the future: letting the free market resolve the issues, or letting socialist ideologues “fix” them through regulation:

Just one look at the states that are developing their own resources and its clear which plan works: Oklahoma has over 83,000 producing oil wells and 43,000 producing natural gas wells. The Oklahoma oil and gas industry supports 300,000 jobs and contributes $51 billion to the state economy every year. That is precisely why Oklahoma’s unemployment rate is has been consistently around 4 percent while the national unemployment rate hovers around 8-9 percent.

Taking advantage of our resources, instead of pursuing President Obama and his EPA’s policies of energy austerity, will lead to immense economic recovery, millions of new jobs, and increased energy security.

How successful America is in achieving economic recovery has much to do with how successful the EPA is in enacting the job-killing, anti-fossil fuel agenda the Obama administration has set for 2013.

It’s unlikely the election will have any effect: presidents come and go, but bureaucrats are forever.

2012 Elections Economy Energy Environment EPA Federal Government Fracking Free Market Heritage Foundation Jobs Obama Regulations SEC Unemployment
This entry was posted on Saturday, November 3rd, 2012 at 2:22 pm and is filed under Economics, Politics. You can follow any responses to this entry through the RSS 2.0 feed. Both comments and pings are currently closed.
Many of the articles on Light from the Right first appeared on either The New American or the McAlvany Intelligence Advisor.