If Obama Wins, He’ll Be the Lamest Duck in History 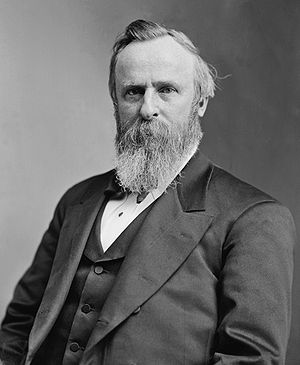 Dan McLaughlin, writing at RedState.com on Monday, brought up a very good point: What if Obama loses the popular vote but wins in the Electoral College? He’ll be an emasculated duck.

Barack Obama is trying to do something no president has ever done: get re-elected without winning the national popular vote.  If he were to somehow succeed at this, he would be the weakest elected president since Rutherford B. Hayes, and the lamest lame duck in American history.

If we are to believe Intrade, here’s how things will look next Wednesday: House of Representatives solidly Republican, Senate solidly Democratic, and Obama as president. But if he loses the popular vote (Intrade doesn’t distinguish between the two), he’ll be frozen into place – emasculated is a good word – unable to complete any of his socialistic takeover plans. The popular “mandate” will be in the House.

Obama, even if elected, would undoubtedly face a re-elected Republican House majority, one that quite likely will have won a majority or at least a plurality of the popular vote and will have a stronger claim to a popular mandate than the president.

He sheds some light on another president facing the same outcome, Rutherford B. Hayes:

[He] was able to resolve the disputed election by means of a thoroughly corrupt backroom deal to end the post-Civil War Reconstruction of the South and otherwise trade favors to the Democrats in exchange for counting the ‘carpetbagger’ electoral votes of Florida, South Carolina and Louisiana for the Republicans and ignoring Democratic votes on grounds of ‘voter suppression.’

Unsurprisingly, Hayes was a famously ineffective president as a result, best known today for mediating a dispute between Paraguay and Argentina.  His domestic agenda of civil service reform and civil rights protections went nowhere, and Congress overrode his veto of a major currency bill and left one of his Supreme Court appointments without a floor vote until after Hayes left office.  He did not seek re-election.

Obama’s legacy could haunt the Democratic party for years. Think of Richard Nixon and his tainting of the Republican Party:

Nixon, of course, followed a resolutely liberal domestic policy the next four years, and his efforts to retain executive powers outside House Democratic control came to ultimate grief.

Not that Obama wouldn’t try to inflict more damage on the hated capitalist system. With two aging Supreme Court justices (Scalia and Ginsburg) who could die or retire in the next four years, Obama would be free to nominate a couple of crony communist sympathizers from his network. But he would have to get them past 1) the Senate and 2) an increasingly aware electorate about what he’s trying to do.

Currency Democrat House of Representatives Lame Duck Liberal Obama Republican Richard Nixon Senate Supreme Court War
This entry was posted on Wednesday, October 31st, 2012 at 9:11 am and is filed under History, Politics. You can follow any responses to this entry through the RSS 2.0 feed. Both comments and pings are currently closed.
Many of the articles on Light from the Right first appeared on either The New American or the McAlvany Intelligence Advisor.