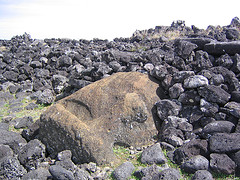 Lawrence Reed, the President of the Foundation for Economic Education (FEE), has written an excellent piece about having the proper perspective about the upcoming election. His quote from Percy Bysshe Shelley‘s sonnet, “Ozymandias” reminds me of the same thing we tried to do with young people attending Birch camps many years ago: giving them a longer perspective on the world. Reed quotes only a tiny piece from Shelley. Here’s all of it, for your enjoyment:

I met a traveller from an antique land,
Who said — “two vast and trunkless legs of stone
Stand in the desert … near them, on the sand,
Half sunk a shattered visage lies, whose frown,
And wrinkled lips, and sneer of cold command,
Tell that its sculptor well those passions read
Which yet survive, stamped on these lifeless things,
The hand that mocked them, and the heart that fed;
And on the pedestal these words appear:
My name is Ozymandias, King of Kings,
Look on my Works ye Mighty, and despair!
Nothing beside remains. Round the decay
Of that colossal Wreck, boundless and bare
The lone and level sands stretch far away.”

O the sounds of despair!  But Reed doesn’t think so:

Will the United States of America last forever?  Of course not.  No one who has studied history and human nature could think otherwise.

But is our constitutional republic with its core of character and its relatively free, wondrously productive economy worth preserving and protecting, reforming and renewing for as long we possibly can, in order that “the blessings of liberty” may be secured to our posterity for a few generations more, God willing?  Of course again.  Indeed so.

He thinks that there are enough individuals who understand the connection between responsibility and liberty to turn the ship around:

It’s a truism that personal responsibility is the flip side of individual liberty.  They are inseparable, and the practice of each is indispensable to the enjoyment of the other, not only in the life of any man or woman but also in our life together as social beings.  But think about how the freedom side of the coin, often perverted as entitlement or ease, dominates today’s political discourse and cultural climate.

Responsibility and self-discipline are too often disparaged these days, replaced by claims on others and excuses for one’s own poor judgments. [This is] “the paradox of success,” whereby the qualities of rigor, dedication, and deferred gratification that make achievement possible are weakened if that achievement is taken for granted or if we lose our character in the process.

Before he died in 1985, Robert Welch, the founder of the John Birch Society, was asked what he considered to be the primary challenge facing Americans. He responded with two words: “moral decline.”

With those two words, he spoke volumes.

Constitutional Economy Education Freedom John Birch Society Liberty
This entry was posted on Tuesday, October 30th, 2012 at 9:28 am and is filed under Constitution, Politics, Religion. You can follow any responses to this entry through the RSS 2.0 feed. Both comments and pings are currently closed.
Many of the articles on Light from the Right first appeared on either The New American or the McAlvany Intelligence Advisor.