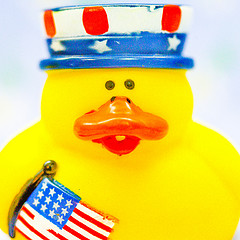 Private congressional conversations about how to keep the country from racing off the fiscal cliff in January are already taking place in Washington, but few are willing to give many details. With the promise of anonymity, congressional staffers from both sides of the aisle are working feverishly to come up with solutions to the onrushing fiscal train wreck.

Investigator Richard Rubin, writing for Bloomberg, said the Republicans are building a “toolbox” of options — including raising taxes — that could be used during the lame duck session following Election Day. Which tools will be used depends on how the elections turn out. Likewise, Democrat staffers are developing their game plans as well, but tax cuts are not in their “toolbox” according to unnamed parties familiar with the discussions.

Which tools each side will be using depends upon if the Democrats retain control of the Senate and the White House, but fail to gain control of the House. If Romney wins, and the Senate goes Republican, then certain tools in the Republican toolbox will never see the light of day, including tax increases and cuts in military spending.

Of course, if the “Grand Bargain” fails once again to materialize, then there will be a massive $600 billion “speed bump” that starts on January 1, including tax hikes on the wealthy as the Bush tax cuts expire, increases in payroll taxes as the “tax holiday” ends, and the automatic cuts in defense and domestic programs — sequestration — take hold. Ordinary income, capital gains, and dividend income taxes would also increase, costing the average family an estimated $3,500 a year.

At present, while the Democrat staffers are “favorable about their electoral chances,” according to Rubin, they are considering various scenarios, just in case. Rubin says, however, that tax cuts are off the table, regardless.

As the slow-motion train wreck speeds up and January 1 gets closer, each side thinks the other will be in the mood to compromise, according to Rubin. Regardless of the electoral outcome, someone is going to be disappointed.

J.D. Foster, a senior fellow at the Heritage Foundation, thinks the compromise will include some tinkering with a few of the entitlement programs (i.e., Social Security, Medicare, and Medicaid) as well as some modifications to the tax code (i.e., removing various tax breaks) which will be offset by a “down payment” (i.e., a bribe) of some tax hikes and spending cuts to bring both sides together. It will be sausage-making at its finest.

It will also mean essentially nothing in the grand scheme. By Boston University Professor Laurence Kotlikoff’s calculations these moves are just tinkering, simply because the real deficits are so much larger that no one wants to talk about them. Wrote Kotlikoff back in August:

In the course of that year, the U.S. government’s fiscal gap — the true measure of the nation’s indebtedness — rose by $11 trillion. [Emphasis added.]

Kotlikoff labels the difference between the government’s expected revenues versus the government’s promises, calculated over the next 75 years, the fiscal gap. He used data from the Congressional Budget Office as the starting point, and included every promise the government has made to anyone — the Chinese, the Japanese, the Federal Reserve, beneficiaries of every social entitlement program, etc. — and added it all up. The total the government owes, beyond what it is expected to take in, on a present value basis is a headache-inducing $222 trillion — 15 times the country’s current gross domestic product.

The reasons the number is so incomprehensibly large:

Part of the fiscal gap’s growth reflects changes in policy, such as the Bush and Obama tax cuts, the introduction of Medicare Part D, and the expansion of defense spending.

That’s why the back-room, closed-door maneuverings by Republican and Democrat staffers will amount to nothing. The real solutions to the problem of the fiscal gap are so far away from the juggling, finagling, tinkering, and maneuvering that is going on there that staffers would likely struggle even to mention them. Says Kotlikoff:

The answer for the U.S. isn’t pretty. Closing the gap using taxes requires an immediate and permanent 64 percent increase in all federal taxes.

Alternatively, the U.S. needs to cut, immediately and permanently, all federal purchases and transfer payments, including Social Security and Medicare benefits, by 40 percent.

As he is watching the train wreck proceed and the back-room maneuverings try to come up with some sort of compromise that everyone can live with but which won’t make any difference, Foster said: “To say the least, it’s going to be interesting.”

Bush Tax Cuts Defense Spending Deficit Democrat Federal Reserve Fiscal Cliff Heritage Foundation Income Tax Lame Duck Medicaid Medicare Military National Debt Obama Republican Senate Social Security Spending Taxes Taxmageddon
This entry was posted on Thursday, October 25th, 2012 at 8:31 am and is filed under Economics, Politics. You can follow any responses to this entry through the RSS 2.0 feed. Both comments and pings are currently closed.
Many of the articles on Light from the Right first appeared on either The New American or the McAlvany Intelligence Advisor.