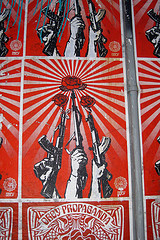 Need proof? This comes directly from the Democrat Party platform:

We recognize that the individual right to bear arms is an important part of the American tradition, and we will preserve Americans’ Second Amendment right to own and use firearms.

We believe that the right to own firearms is subject to reasonable regulation.

We understand the terrible consequences of gun violence; it serves as a reminder that life is fragile, and our time here is limited and precious. We believe in an honest, open national conversation about firearms.

We can focus on effective enforcement of existing laws, especially strengthening our background check system, and we can work together to enact commonsense improvements–like reinstating the assault weapons ban and closing the gun show loophole–so that guns do not fall into the hands of those irresponsible, law-breaking few. (my emphasis)

The intent and purpose are obvious: anything that looks like a military assault weapon, even if it is more accurately described as semi-automatic, is subject to ban, including weapons with magazines that contain more than a specified number of rounds.

What this threat does, of course, is to increase the sales of these semi-automatic weapons. Sturm, Ruger and Smith & Wesson are having banner years and are falling behind in their ability to keep up with demand. As the NRA noted:

Today, there are more than 3 million AR-15s alone, sales of new semi-automatic handguns (most of which use magazines that hold more than 10 rounds) have soared, and the number of such magazines privately owned is surely in the hundreds of millions.

Also instructive about the Democrat Party’s intentions is what’s missing from their “firearms” platform language:

The platform is silent on other key issues such as the “Fast & Furious” scandal, Right to Carry and the right to self-defense.

All of this is a stark contrast to the detailed pro-gun language of the Republican platform, and sends a clear signal that if reelected, Barack Obama will pursue new restrictions on gun owners’ rights. His willingness to take unilateral executive actions without approval by Congress–such as the long gun registration scheme his Justice Department has imposed in the southwest border states–coupled with his anti-Second Amendment Supreme Court nominees, should remind gun owners of the dangers a second term would pose if Obama is reelected and never has to face voters again.

Although I make no brief of support for Romney, here is the latest from Intrade.com, the internet betting site, on how Obama is faring.

2012 Elections Democrat Gun Control Hate Internet Military Mitt Romney NRA Obama Republican Scandal Second Amendment Supreme Court
This entry was posted on Thursday, October 25th, 2012 at 11:33 am and is filed under Constitution, Politics. You can follow any responses to this entry through the RSS 2.0 feed. Both comments and pings are currently closed.
Many of the articles on Light from the Right first appeared on either The New American or the McAlvany Intelligence Advisor.