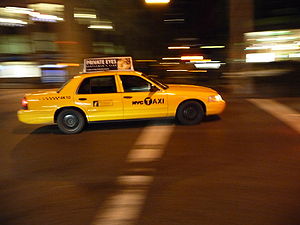 This is one of those “morality” plays that shows up every now and again in our declining culture that reminds us of eternal verities: like the concept of private property and respecting it.

It took a Las Vegas cabbie from Ethiopia to remind us.

A young man won the money at the Wynn casino and put the cash into a briefcase, but left it behind when he exited the cab. Adam Woldemarim, an immigrant from Ethiopia, noticed it, opened the briefcase and saw the cash all neatly stacked. He continued working for about an hour before returning the case to the cab company’s office.

There he returned the case to the casino winner who tipped him $2,000. Not bad for a cabbie who makes about $350 for a week’s work.

This apparently challenges the perception some people have about immigrants. Alex Alebachew, one of Adam’s friends, told NBC:

A lot of people think cab drivers like us abuse tourists or they long haul their customers or we’re just here causing problems and [that] we don’t belong here.

They never see the good side to us, the honest side.

Our preacher on Sunday used this story to remind us that everyone is subject to temptation. It isn’t hard to imagine the temptation that finding so much money would bring. What an impact that would have on his family back in Ethiopia to whom he sends most of his weekly earnings.

But the other side of that temptation is the gnawing awareness, built into our conscience by a righteous God, that he had done something wrong – that awareness would remain long after the money was gone.

The writer for the Las Vegas Review-Journal just blew it off as a big joke, suggesting, through others whom he interviewed, that Adam didn’t get enough appreciation, or money, for doing the right thing. The cab company didn’t compliment him or give him an award or any kind of recognition. The company “doesn’t comment” on what happens inside their cabs, apparently. And some complained that the “normal tip rate” in Vegas is 20% – so he should have received $45,000 rather than $2,000.

But he missed the whole point, which probably never even occurred to him: why would you reward someone for doing something that is right and proper and honorable in the first place? Isn’t that enough all by itself?

Private Property
This entry was posted on Tuesday, October 23rd, 2012 at 3:03 pm and is filed under Religion. You can follow any responses to this entry through the RSS 2.0 feed. Both comments and pings are currently closed.
Many of the articles on Light from the Right first appeared on either The New American or the McAlvany Intelligence Advisor.