Tax Cuts for the Rich or Tax Relief? 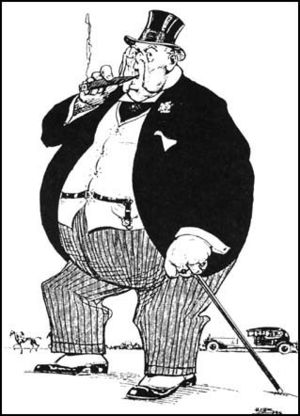 “The centerpiece of his economic plan are tax cuts,” Obama said at Tuesday’s  presidential debate in New York. “That’s what took us from surplus to deficit.”

The mantra from the Obama camp is annoyingly repetitive and consistently wrong:

The Obama camp has strenuously opposed Romney’s pro-growth strategy, arguing  that tax breaks, especially for the wealthy, “rob” programs for the middle class  and poor because they don’t raise revenues and don’t “pay for themselves.”

“It has never been done before,” Vice President Joe Biden insisted in last week’s debate with Romney running-mate Paul Ryan.

But history has shown that when entrepreneurs are allowed “relief” – to keep more of what they earn – they earn more. What a surprise!

The historical tables in the back of the latest “Economic Report of the  President” show that the Bush tax cuts generated more, not less, federal  revenues — a phenomenon that also held true for Presidents Clinton, Reagan and  Kennedy.

A great example is what happened when President Kennedy, against the advice of his Keynesian advisors, cut tax rates on the wealthy:

Kennedy’s major tax cut, which included chopping the top marginal rate to 70%  from 91%, became law in early 1964, after his untimely death. It promised to  grow the economy and close the budget gap…

To the shock of many naysaying Democrats, the plan worked. The economy grew  at an average 5.5% clip, and unemployment fell to 3.8%. In turn, the annual  deficit shrank to $1 billion from $7 billion as individual income-tax receipts  nearly doubled. (my emphasis)

Reagan did the same:

President Reagan picked up where Kennedy left off, slashing the top personal  rate from 70% all the way down to 28%. The historic tax relief triggered record new business start-ups and small-business expansion.

As in the ’60s, tax revenues exploded throughout the ’80s as the economy boomed. Between 1982, when the first round of Reagan’s across-the-board tax cuts  went into effect, and 1990, when President George H.W. Bush broke his “no-new-taxes” pledge, individual tax receipts jumped 57% to $467 billion.

The wealthy already pay a highly disproportionate share of their income in taxes – some estimate that the top 5 percent pay half of all taxes. So I suggest that “cutting tax rates” is putting it the wrong way. Giving them some tax “relief” and allowing them to keep more of what they rightfully earned, is the way to go. It changes the conversation. It will change the outcome.

2012 Elections Bush Tax Cuts Deficit Democrat Economy Joe Biden Keynesian Mitt Romney Obama Paul Ryan Republican Surplus Taxes Unemployment
This entry was posted on Sunday, October 21st, 2012 at 5:04 pm and is filed under Economics, History, Politics. You can follow any responses to this entry through the RSS 2.0 feed. Both comments and pings are currently closed.
Many of the articles on Light from the Right first appeared on either The New American or the McAlvany Intelligence Advisor.